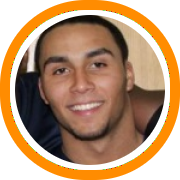 Last season, Tate was named to the All FAA team after recording 190 total assists.  Tate holds all GFA's school records in both assists and steals, and was the starting point guard for the 2012-13 GFA team that went 24-2, won the Class C tournament championship, and the FAA tournament and regular season championships.

Greens Farms Academy coach Doug Scott commented "These announcement are always bittersweet for the high school coach. On one hand, we are thrilled like having a son fulfill a dream that he has worked so hard to attain. On the other hand, it's the bell announcing that we are on the last lap of having a great player and great young man in our program. By being part of the team that put that first New England Championship banner on our gym wall, we will be able to retain fond memories of Matt Tate for a long, long time."