Gatorade Names Players of the Year 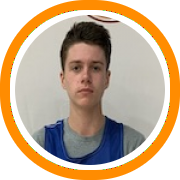 CHICAGO (June 4, 2021) — In its 36th year of honoring the nation’s best high school athletes, Gatorade announced Boys Basketball Player of the Year recipients in all 50 states on Friday.

The award, which recognizes not only outstanding athletic excellence, but also high standards of academic achievement and exemplary character demonstrated on and off the field.

An avid fisherman, Clingan has volunteered locally as a basketball coach at the Boys & Girls Club of Bristol. He has also donated his time as a Bristol Central Rambassador, helping incoming freshmen acclimate to the school.

“At 7-foot-1, Clingan possesses outstanding court vision and a willingness to pass from anywhere on the floor,” said Paul Biancardi, ESPN National Recruiting Director. “His shooting touch is soft, both facing the basket and in the low post. Defensively, he is steady at protecting the rim. His unselfishness is one of his greatest traits, as he finds the open man quickly and accurately.”

Clingan has maintained a 3.53 GPA in the classroom. He will begin his senior year of high school this fall.

The 6-foot-2, 170-pound senior guard led the Black Bears to a 15-0 record and the Class A/B Central Maine championship this past season. McClure averaged 26.7 points, 8.4 rebounds and 7.5 assists per game. Also the Mr. Maine Basketball honoree, he was named an All-State selection and the Kennebec Valley Athletic Conference Player of the Year.

“I don’t think there was anyone even close to Cash McClure this year,” said Tim Bonsant, head coach at Erskine Academy. “He just has the complete package. He can shoot the three, he can go right by you, and he always made his teammates better. He was easily the best defender in our league, too, maybe the best in the state.”

McClure has maintained a 3.98 GPA in the classroom. He will begin a post-graduate year at Kimball Union Academy this fall.

The 6-foot-10, 230-pound junior forward and center averaged 21.0 points and 13.2 rebounds this past season, leading the Titans to a 5-0 record. Filipowski also recorded 5.2 assists, 2.0 steals and 1.0 blocks per game while connecting on 56.3 percent of his field-goal attempts. Ranked as the nation’s No. 39 recruit in the Class of 2022 by ESPN.com, Filipowski averaged 20.1 points and 10.5 rebounds as a sophomore, leading the Titans to the 2020 New England Prep School Athletic Council Class AA championship and was named tournament MVP.

Filipowski has volunteered locally as an elementary school math tutor and as a youth basketball coach.

"Kyle Filipowski is special because of his outstanding playmaking ability at his size," said Paul Biancardi, ESPN National Recruiting Director. "He demonstrates extreme versatility as he handles, passes and shows touch around the rim with a developing outside shot. It's hard to find this type of skill set and decision-making with a center's height."

Filipowski has maintained an A average in the classroom. He will begin his senior year of high school this fall.

He also led the Huskies to the 2020 New England Prep School Athletic Council Class AAA tournament title and he was named MVP of the championship game. He is ranked as the nation’s No. 48 recruit in the Class of 2022 by ESPN.com. A proctor in his dorm at New Hampton, Karaban has volunteered locally as a youth basketball coach.

"Alex Karaban exudes basketball fundamentals such as fakes, footwork and shooting ability beyond the arc," said Paul Biancardi, ESPN National Recruiting Director. "He keeps defenders guessing with the ball in his hands as he is a very good decision maker. He is extremely productive everywhere on the court but especially on the glass."

Karaban has maintained a 3.87 GPA in the classroom. He will begin his senior year of high school this fall.

The 6-foot-2, 180-pound senior guard led the Saints to a 15-2 record this past season. Constant averaged 18.9 points, 8.5 assists, 8.1 rebounds and 3.0 steals per game while connecting on 46.2 percent of his 3-point shots and 92.2 percent of his free-throw attempts. A Second Team All-New England Private School Athletic Council selection as a junior, he concluded his prep basketball career with 1,201 points, 656 assists and 507 rebounds.

A native of Londonderry, N.H., Constant has volunteered with the Londonderry Youth Basketball Association, and he has donated his time on behalf of multiple fundraising campaigns to benefit the American Cancer Society through the Coaches vs. Cancer campaign.

“Matt is one of the top point guards in the history of our program,” said Mike Hart, head coach of St. Andrew’s. “He will go down as our leader in career assists despite not playing a lot as a freshman on a loaded team that went to the New England Championship game. If COVID-19 didn’t exist, Matt would graduate as our all-time leader in games won. He’s been that good during his four-year career at our school.”

Constant has maintained a 3.0 GPA in the classroom. He has signed a National Letter of Intent to play basketball on scholarship at Pace University this fall.

The 5-foot-10, 170-pound senior guard led the Green Knights to a 10-0 record and the Division 1 state championship this past season. Ndayishimiye averaged 29.6 points, 5.9 rebounds and 5.8 assists per game. A three-time First Team AllState selection, he was named Mr. Basketball by the Burlington Free Press each of the past two years.

Ndayishimiye has volunteered locally on behalf of Boys and Girls Club of Burlington.

“He’s explosive, elusive and creative with the ball in his hands, and he has amazing body control around the rim. He’s very good as a pure shooter too, with range legitimately out to 25 feet.”

Ndayishimiye has maintained a B average in the classroom. He has signed a National Letter of Intent to play basketball on scholarship at the University of Vermont this fall.