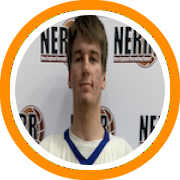 The 7-footer had accumulated a variety of division I scholarship offers, including several from high academic institutions, before trimming his list to Harvard and Cal Poly last week.

He becomes the third member of WMA's senior class to commit to a division I school joining his brother, Kyle, who is headed to Duke and Deven Austin, who is committed to Princeton.

His pledge to Harvard also connects him with his Rens teammate and former New England prep product Chisom Okpara.

Filipowski is in his third years at Wilbraham and Monson. He helped the Titans to a NEPSAC championship as a sophomore before his junior year was derailed by covid. During the pandemic though, he made massive gains to both his game and fitness level.

"Matthew has put in a tremendous amount of work to make this possible," said WMA head coach Mike Mannix. "He said from day one his goal was to find the best combination of high-level basketball and academics. He did just that."

I want to start off by saying thanks to all the colleges and coaches who spent time recruiting me. Also a huge thanks to my parents and coaches in helping me make my decision. And with that being said I have decided to commit to Harvard University! @HarvardMBB pic.twitter.com/USXTRci2Ew

7-footer with inside-out skill who has vastly improved in the last 18 months.