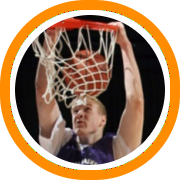 Rivals150 is a similar, but expanded, list covering the top 150 players in the class of 2010.  Nate Lubick is the first New England name called again, at 48, with Gerard Coleman and Evan Smotrycz in at 51 and 52 respectively.  Jason Morris checks in at 84 while Carson Desrosiers and Rod Odom aren’t far behind at 87 and 88.

So how do ESPNU and Rivals rankings compare to the New England Recruiting Report?  Check out the table to find out.

The verdict…pretty darn close to unanimous in the close of 2010.  In fact, with the exception of ESPNU swapping Morris and Coleman, all three services have exactly the same order (Side note – NERR’s 2010 rankings were released a few days before both ESPNU and Rivals).

Moving on to the class of 2011, ESPNU ranks the top 60 players in their Super 60 list while Rivals stays with their Rivals150 list.

Two New England products made the ESPN list as Derrick Wilson checked in at 50 and Shabazz Napier at 56.  And although the list technically stops there, a little detective work can reveal further “unofficial rankings” by ESPN as you can sort prospects by their rating (all players are rated from 0 to 100).  Using that strategy, and only looking at the top 150 ratings in the class of 2011 in order to stay consistent with Rivals’ list, Freddie Wilson is next (rating of 92) followed by Naadir Tharpe (rating of 91), and Mike Carter-Williams (rating of 90).  Tyler Olander is still listed in the class of 2010, but with a rating of 91 he is projected to be on par with Tharpe once he officially enters Worcester Academy and repeats his junior year.

Derrick Wilson is also the first name on Rivals’ list as he appears at #70 followed by Naadir Tharpe at #80.  But after that New England didn’t get a whole lot of love as no other player appears on the list.

So what does the comparison look like in 2011?  Here’s the breakdown.

There’s clearly far less continuity in 2011 than there was in 2010.  A couple of themes stand out though.  Most obviously, the evaluators at ESPN and Rivals both concur that Derrick Wilson is tops in New England, and he may just be, admittedly we didn’t get to see as much of him this summer as we would have liked.  But we’ll get a closer look in the next couple of weeks as we visit the Hotchkiss School for one of their open gyms.

After that it’s hard to find any true patterns.  ESPN is clearly high on Freddie Wilson while Rivals omission of guys like Napier, Olander, and Carter-Williams in their 150 list is a little hard to figure.  The rankings also offer proof to our claim earlier this week that Jordan Laguerre is somehow still flying under the radar.

Rivals doesn’t rank players until their junior year and so they didn’t publish a list for 2012.  We’ve already told you about the ESPNU Terrific 25 which ranks the top 25 players in the country.  Andre Drummond was #1 on that list followed by Ricardo Ledo at 13.

By using a similar rating based strategy to the one we applied in the class of 2011, we can dig a little deeper.  Nerlens Noel (95 rating) was next followed by Alex Murphy (92 rating), Domonique Bull (91 rating), Egi Gjikondi (86 rating), and Kaleb Tarczewski (84 rating).

Ultimately, the findings aren’t very different.  Drummond and Noel are consensus at 1 & 3 while Murphy and Ledo are in at 2 & 4 but swapped on the lists.  Bull and Gjikondi are similarly swapped at 5 & 6 while Tarczewski is a consensus 7 (for now).

Incoming prep school products were not considered in these comparisons.