Elite 75 Showcase in the National News 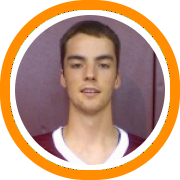 As always, the New England Elite 75 Showcase drew a wide variety of local and national media attention this year.  Jeff Goodman (Fox Sports), Tom Konchalski (HSBI), Antonio Williams (ESPN), and Phil Kasiecki (hoopville) are just a few of the national writers and scouts who were in the Boston University gym to cover last Thursday’s event.

Goodman wrote about the event in his blog, "Good n'Plenty".  Knight, Casey, Jordan Williams, Drummond, Billy Baron, Gerard Coleman, Erik Murphy, Alex Murphy, and Desrosiers were among those who caught his eye.

All of us at the New England Recruiting Report would like to thank the players and coaches who were in attendance as well as Reebok Basketball, The Rock, and POWERade who all served as sponsors of the event.  Also, a thank you to nextplay.com who once again filmed all the action of the showcase and created the higlight reel which is posted on our front page.  Finally a special thanks to all of the numerous media outlets who helped to give New England’s best their due on the national stage.

This concludes our coverage of the third annual New England Elite 75 Showcase.