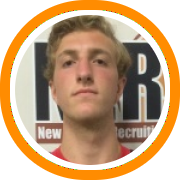 HANOVER, Mass. – Throughout this week we will be taking a look back at the 6th annual Elite 75 Showcase – Frosh/Soph Edition and examining some of the major stars, stock-risers and breakout performers from the event.
Following a two-hour regimen of drill stations – which tested players ball handling, passing and shot making abilities, along with how to properly run a fast break – teams squared off in a series of highly competitive scrimmages.

We begin our review by highlighting the freshmen frontcourt players (big-men and wings alike) who distinguished themselves during the four-hour session.

John Cecil – The Groton School big man possesses a huge frame that should support increased muscle mass. He displayed a soft turnaround from the post along with footwork that reflected the potential to further develop a back-to-the-basket game and, perhaps, into a legitimate post-presence. At 6-foot-10, Cecil remains an intriguing prospect given his size and speed with which he runs the floor.

Shawn Coles – At 6-foot-9, Coles is still growing into his body. Still, his long wingspan, gangly legs and athleticism drew the attention of numerous prep and AAU coaches. Not only did he deliver a couple of impressive dunks, but his ability to get out on the break and finish in the open court showed high-major potential.

Jerome Desrosiers – The Northfield Mount-Hermon-bound Canadian, Desrosiers was arguably the most athletic and refined freshman player in the gym.  The high-flying forward threw down several dunks that elicited noticeably audible reactions from the crowd, including a quick crossover and two-dribble drive for a dunk in traffic n the afternoon’s first scrimmage.  Armed with an already polished skill set and an impressive physique, Desrosiers looks to be another exciting young talent who will continue to blossom under the tutelage of coach John Carroll.Hassahn French – Perhaps no player in the freshmen session was as physically imposing as French. Built like a linebacker, the 6-foot-6, 200-pound forward was particularly effective banging down-low on the boards. Though he did step outside to attempt a few 14-16 footers with mixed results, most of French’s success came from inside the paint.

Patrick Harding – The Fairfield Prep freshman showcased a solid understanding of the game. Despite limited athleticism, Harding often appeared to outthink his opponents. On one sequence he hauled down an offensive rebound, took two dribbles towards the perimeter – all-the-while feeling for his defender – before he unleashed a deceptively quick spin move back towards the basket for an uncontested layup. Harding also showed some nice passing abilities with severely crisp give-and-goes and backdoor cut feeds to teammates.

Jordan Hardwick – The 6-foot-6 forward from Commonwealth Academy has big-time upside given the combination of Hardwick’s size, athleticism and low-post footwork. In addition, he displayed a formidable face-up game knocking down a couple of midrange shots. It was these sorts of glimpses – coupled with his undeniable measurables – which already make him one of the higher level prospects in his class.

Chandler Jones – Jones is a very athletic kid who can fill the lane in transition. He showed a good handle for his size. Though he seems more comfortable catching passes inside as compared to playing out on the wing, he has the physical attributes to develop into a scorer who can pour in points from all three levels and become a legitimate offensive force on the court.

Max Keating – While many big men tend to struggle at a young age to properly run a pick-and-roll, Keating seems to process the play quickly and finish with uncanny ease. On Sunday, he showed quick feet, good hands and a soft shooting stroke when put into pick-and-roll situations.

Peter Kotulsky – A deceptive athlete who surprised the crowd with his dunking ability, Kotulsky showcased a soft shooting touch and a knack for getting open in the paint for his teammates’ passes. Kotulsky, who plays alongside Sunday Okele on United Sons and Daughters (USAD), repeatedly proved that he can hold his own against bigger and more athletic competition.

Derek Lamperelli – At 6-foot-2, Lamperelli often played down low against bigger, more athletic players. He frequently held his own, however, due in part to his non-stop motor, workmanlike approach and overall toughness.

Kimani Lawrence – The 6-foot-6, 180-pound Cushing Academy freshman displayed remarkable athleticism and body control. Lawrence's skill level is already well-beyond his years, giving his future a very bright outlook. And in joining an elite NEPSAC program led by Kaleb Joseph and Jalen Adams, two players well-known for their tireless work ethics, Lawrence has put himself in the perfect situation to raise his game to new heights.

DeAndre Leslie – He’s another young prospect that screams of long-term upside.  Long and athletic with budding attacking tools, he projects as a big wing with a versatile one-on-one tool set down the road.

Tomas Murphy – Already well-established within the New England circuit, Murphy was active on the offensive and defensive boards throughout the day. He showed some eye-catching toughness as he often out-battled opponents, especially during fast break drills, for rebounds and loose balls. He also displayed several smooth spin, as well as face-up dribble moves which allowed him to get to the basket with ease. This deft footwork, along with his high basketball IQ, will make the 6-foot-8 forward a daunting matchup for upper classmen opponents of Prout School in the upcoming season. And as Murphy adds strength, his all-around development will continue to propel him towards the top of his recruiting class.

Tshiefu Ngalakulondi – Potential is what Nglakulondi showed on Sunday. The Proctor Academy forward has all the physical attributes to be an inside-out presence on the court, especially as he continues to add more-and-more skill to his already impressive athleticism. Nglakulondi flashed the potential of a player capable of having an immediate impact on the Proctor Academy varsity basketball program.

Sunday Okeke – Okeke looked like a man among boys out on the court. The 6-foot-7 big man from Greens Farms Academy threw down several huge dunks in traffic, while also showing a decent midrange jumper and ball handling skills for a player of both his size and age.

Alex Preston – A long and lanky big, Preston has a nice shooting touch and good footwork in the post.  He can be a dangerous low-post presence once he grows into his body.

Keon Queen – A physically imposing interior presence with length and athleticism alike, Queen is just scratching the surface of his potential and, without question, a high-level long-term prospect.

Jermaine Samuels – Headed for Rivers (MA) School this fall, Samuels appears poised to have an immediate impact on this up-and-coming ISL program. He already possesses a nice midrange game and his comfort level with using screens – both on- and off- the ball – befits a player a closer to graduating high school than starting his varsity career. With an impressive physique that allows him to absorb contact and still finish at the rim, and an explosive first step, opponents will have their hands full trying to slow Samuels.

Javon Taylor –Taylor showed markedly improved ball-handling and shooting. He also had a couple of nice passes during the fast break drills, sequences which highlighted his strong understanding of game situations. In addition, his motor on the defensive end was impressive. On multiple occasions he hustled back into plays to either pick up a steal or help his team get a defensive stop.

Tim Thomas – Thomas shot the ball very well on Sunday morning. With good shooters that can adequately space the floor in high demand, Thomas will be an integral component on a talented Commonwealth Academy squad.