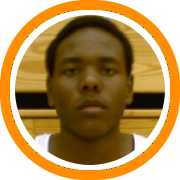 “The fan support and coaching staff was really important,” Ejim told the Cyclone Sports Report.  “The players were great during my visits and they just really welcomed me into the team.  I felt like I just fit in perfectly and Iowa State was clearly the right fit.”

Also important was Ejim’s relationship with current Cyclone big man Craig Brackins, who starred for Brewster Academy during the 2006-2007 season.  Brackins has had a widely successful two years and opted to return to Iowa State for his junior season despite the fact that he was considered by most to be a first round pick in last year’s NBA Draft.

“He had such a big impact because I can really relate to him,” Ejim told CSR.  “He has been an inspiration for me to want to get better so that I can go to Iowa State and achieve something great like he did.”

Ejim is a six-foot-six senior forward who is originally from Ontario, Canada.  He played to rave reviews last season as he arrived at Brewster as a junior and ended up working his way into the starting line-up.  He’s also had success on the AAU circuit running with Team Takeover Canada.

When Ejim first arrived at Brewster he already possessed a strong frame and explosive athleticism, but under the tutelage of head coach Jason Smith, Ejim has learned to become a more efficient offensive player and an excellent defensive player.  Best of all for Iowa State is the fact that his best basketball may still be ahead of him as he continues to maximize his physical gifts and expand his offensive game to the perimeter.

Brewster Academy will once again be one of the most talented prep school teams in the country next year as Ejim is already the fourth member of Smith’s incoming roster to commit to the high major level, joining Will Barton (Memphis), C.J. Fair (Syracuse), and Richard Peters (Oklahoma).