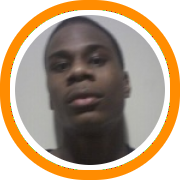 Corey Wright Jr. began the day matched up against a high profile point guard in Dondre Whitmore from Trenton Catholic in New Jersey.  While a good collection of coaches had gathered to check out Whitmore, Wright seized the opportunity, taking it right at the talented point guard and proving his own worth.  The rising junior was doing a little bit of everything as he knocked down three jumpers from the perimeter and also slashed his way to the rim.  He also addressed one of the question marks many coaches had about him as he finished every play around the rim.  All in all, it was certainly one of the best performances Wright has ever had in a live event.

It turned out Wright’s toughest competition today didn’t come from Whitmore, but instead from Kimball Union’s Cam Sutton.  Sutton is one of the best on-the-ball defenders you will find, and he proved it today as he managed to take Wright out of his game.  Not to be outdone, Wright was able to do the same to Sutton, preventing the powerful guard from getting to the rim.  While this match-up wasn’t very pretty, it showcased both guards ability to guard effectively.

Another player who managed to shine today was Worcester Academy’s Sam Martin.  Martin played tremendously well in his first and third games of the day, while being solid in his second.  He continued to shoot the ball at a high clip, even when playing on the outdoor courts, which is extremely difficult to do.  Martin also scored with his pull-up jumper and was surprisingly effective hawking the ball on the defensive end of the floor.  Overall, he is picking up right where he left off in the spring as his stock continues to rise.

Brian Fitzpatrick, who is paired with Martin on the same team this week, also played well today.  The combo-forward showed a ton of game facing the basket and also rebounded the ball well on both ends.  What was particularly impressive was his ability to shoot off the dribble with a deceptively tight handle.

Although Lance Greene is competing in the camp’s top league (NBA East) he was put on the second unit.  But to Green’s credit he didn’t let that bother him and simply proved the camp coaches wrong as he was clearly the best player on the floor with that group.  He broke people down off the dribble and then made great decisions in the lane both scoring himself and finding open teammates.

Greg DeSantis and Shabazz Napier locked up in a battle of New England point guards.  DeSantis got the better of the match-up as he distributed well and got everyone involved (which is more impressive than it may sound in a camp setting) and also showed his ability to score the ball with 8 points in one quarter.  Napier’s three-point shot wasn’t falling like it normally does, although he was still able to impress with a terrific effort on the defensive end of the floor.

Nino Greer is another local point guard who impressed as he piled up 12 points and 3 assists in a single quarter.  There is also some very interesting news on Greer as he is said to be leaving Cheshire Academy and transferring to Fairfield Ludlowe High School in Connecticut.

Adam Marshall made a living today off the pick and pop game.  Playing with St. Patrick’s (NJ) talented guard Kyrie Irving, Marshall was able to get open look after open look from 15 feet, which he had no problem knocking down.

St. Mark’s talented point guard Dave Johnson was up to his usual tricks as he threw some tremendous passes throughout the course of the day.  He was also proficient with his dribble drive game although he struggled to make shots from the perimeter.

Maine’s James Morse had gathered a good following of division III coaches by the end of the day as he was hitting open shots, getting to the basket when the opportunity presented itself, and also showing all the intangibles coaches look for as he competed and communicated the entire time.

Doug Soutar also did well for himself today.  While he has some limitations on the offensive end of the floor, he understands his role, and today he was able to come up with a ton of points in the open floor which were all generated from his prowess on the defensive end of the court.

Keith Brown told reporters that he doesn’t have any division I offers yet.  But if he continues to be effective as he was today that may not be the case for long.  That would certainly be a disappointment to several NE-10 programs that spent the better part of the day following Brown.