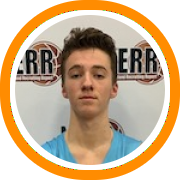 We began our recaps of last weekend's Elite 75 Showcase - Frosh/Soph Edition with a look at the top frontcourt prospects in the class of 2021.

Today, we'll extend that lens to examine the top perimeter prospects in the sophomore class. Here's a look at the top prospects:

Gus Larson, Northfield Mount Hermon - He may be on his way to becoming a frontcourt prospect after growing close to 7 inches in the last two years, but Larson still has guard skills and that combination allowed him to stand out as one of the best long-term prospects in the field. He's an obvious late bloomer and someone who is just beginning to scratch the surface of his potential.

Casey Simmons, Milton Academy - Cut from a similar cloth, Simmons is a rapidly emerging prospect with good perimeter size who is loaded with long-term upside. He's a fluid athlete and active defender whose body, and consequent ability to play through contact, are only just beginning to change but he has a wealth of markers for future success.

Michel Ndayishmiye, Rice Memorial - The Vermont native was one of the breakout prospects of the event. He played hard from start to finish, demonstrated a good IQ for the game on both ends, and looked the part of a natural point guard. He was able to create for himself and others while also finishing over/around bigger defenders inside.

James Morakis, Long Island Lutheran - Another New York product who came to New England for exposure, Morakis is a big point guard who can see over top of opposing defenses, uses his body well at the rim, and can score the ball at all three levels.

Tyler Whitney-Sidney, Brooks - He's evolved athletically within the last year and proved it by playing above the rim with ease on Saturday. He's a versatile playmaking guard with good size, hands, touch, and scoring ability at all levels. He made shots from the perimeter but also tough finishes with both hands around the rim.

Matt Constant, St. Andrew's - Always one of the best competitors in the gym, Constant was his normal aggressive self. He's gotten much stronger in the last year and is playing through contact much more consistently as a result. He's strong with the ball, able to make shots from long-range, and also aggressive on the defensive end.

Avery Brown, Northfield Mount Hermon - Another guy who has made obvious strides since last year, and yet still has so much room left to develop, Brown has an elite frame to grow into for a guard with a lot of natural playmaking tools to develop. Once everything comes together, his ceiling is a high one.

Tyrone Holloway, Greens Farms - He has a solid foundation within his offensive skill set, but what really caught attention was his leaping ability. He played with great pace, made crafty finishes, and showed a combination of athleticism and skill.

Josh Morissette, Exeter - The New Hampshire native is best known for his shot-making prowess, and rightfully so, but the coach's son is more than a one trick pony as he showed off improved ball-handling skills, defensive aggression, and impressive court awareness.

Yansel Reyes, Holderness - An extremely shifty play-maker, Reyes excels at changing speeds with all kinds of quick starts and stops off the dribble. He also sees the floor very well, even when playing in attack mode, and is able to create for those around him as a result.

Jhamyl Fricas, Worcester Academy - A high level athlete with a naturally strong frame, Fricas commanded attention from start to finish with his physical prowess, pace, and competitiveness. He isn't without some budding skill too as he showed the chance to evolve as a shooter in drill work.

Noah Delorme, Choate - He stood out as one of the most improved sophomores at the event. He's a smooth athlete with a vastly improved skill-set, especially with regard to a jumper that now looks like a budding weapon.

Dominic Mello, St. George's - The southpaw scoring guard plays with an aggressive mentality but is gradually becoming more of a true point guard. He not only made shots here but also showed off much improved floor vision and passing ability.

Dylan Ahearn, St. Andrew's - The younger brother of former Binghamton forward Bobby Ahearn, Dylan is a highly skilled guard with a high basketball I.Q. He has a high level translatable skill with his ability to make shots but his instinctive feel for the game remains almost equally valuable.

Andre-Max Washington, Williston Northampton - The undersized lead guard is poised for an increased role in his sophomore campaign. He's tight and creative with the ball using his shifty handle, able to get into small gaps in the defense, and stop quick for his pull-up.

Cole Bryant, St. Luke's - One of the breakout performers of last year's Elite 75 Frosh/Soph, Bryant returned having put on noticeable muscle mass. A bigger guard with the potential to play multiple perimeter positions, Bryant has good versatility on the perimeter.

Andre Johnson, Master's - A returning sophomore, Johnson turned in a solid performance for the second consecutive year. He was most effective getting out in transition where he used his length well and made plays off the dribble to distinguish himselef.

Brett Hutchison, Northfield Mount Hermon - Scrappy and skilled, Hutchison continues to make a reputation for himself with those defining characteristics in almost every setting. He plays with a chip on his shoulder, competes from start to finish, and is well developed in all facets with the ball.

Muhamed Kante, Holderness - Another talented sophomore guard in the Holderness backcourt, Kante is a plus athlete with a tight handle who can not only get into the paint but is equally adept at scoring in the mid-range area.

Ethan Okwuosa, Cheshire Academy - A budding big point guard, Okwuosa has grown over 2 inches in the past year and seems poised for another growth spurt. Okwuosa continues to show improved ball handling skills as well as a knockdown jumpshot and highlight reel athleticism.

Cody Appleton, St. Paul's - A skilled and heady guard who has made clear strides in his game since last year, Appleton is a skilled passer with great court vision and a knockdown shooter from behind the three-point line.

Mike Marshall, Thayer Academy - He showed off the size, strength, and athleticism of a college guard. He's best utilized as a slasher around the perimeter who finishes with bouncing leaping ability and also has the potential to play multiple positions.

Cameron Schainfeld, Dexter Southfield - What he may lack in size or explosiveness he compensates for with intangibles and upside. Schainfeld is a pass first point guard who is especially effective as a drive-and-kick type playmaking and has improved his lateral quickness defensively.

Ben Kaczmarek, St. Sebastian's - Back for his sophomore year, Kaczmarek came back an inch taller and noticibly more muscle. He has a great motor and will bang in the post for rebounds as well.

Kyrell Luc, Brimmer & May - An athletic stat stuffer who previously put up big numbers at Scituate before reclassifying at Brimmer & May, Luc has easy bounce at the rim and is able to impact the game in a multitude of ways. He's got a passing instinct, naturally soft touch, and lanky frame all to his advantage.

Mason Jackson, Norwich Free Academy - One of the top new prospects to emerge, Jackson absolutely exploded onto the scene with his highlight reel athleticism and ability to score the ball at all three levels.

Kingsley Breen, Central Catholic - Another new name with serious potential, Breen is a big guard who can score the ball at various levels. He was making shots off the dribble as well as getting to the rim on Saturday.

Jacob Harris, Beaver Country Day - His maturity stood out, not just in terms of his powerful body but also in his approach to the game. He takes pride in the defensive end of the floor, can make open shots on the perimeter, and play through contact.

Kai Robinson, Wilbraham & Monson - Robinson started to make a name for himself Saturday by showing the skills and presence of a true point guard. He was constantly communicating, showing a high I.Q., tight handle, and very smooth jumper.

Reece Clark, Northfield Mount Hermon - Clark has good size on the wing and a balanced floor game. He was one of the better defenders in the field with the potential to guard multiple positions and also showed a solid IQ for the game on the offensive end.

Duncan Bubar, Newton North - He's 6'3 with good length and the motor to impact the game in a variety of areas. He plays hard, crashes the glass, runs the floor, and is able to impact the game without needing to have the ball in his hands at all times.

Brian Belade, Shelton - After staring for Shelton as a freshman, Belade came into Saturday night with an improved shot and was more aggressive on the defensive end. Look out for Belade to be one of the top sophomores in the state.

Jack Garside, Kings Park - He set himself apart on the defensive end of the floor and with the level of intensity he plays with. He was competing on both ends, getting on the floor for loose balls, and showing some crafty scoring ability and soft touch inside the lane.

Jack Hall, Avon - Hall stood out with his basketball I.Q. and understanding of how to play. He's a good passer who didn't let the ball stick around the perimeter but also a shooting threat from behind the arc.

Caleb Sampson, Sacred Heart - A strong and athletic guard, Sampson played an attacking style off the dribble and consistently put up points as a result. He got downhill in the open floor, navigated the lane, and finished through contact.

Dogukan Isik, Lee Academy - This international product has a distinctly European type style to his game with a variety of crafty finishing tools. He's also a two-way player who competes, is active on both ends, and tough.