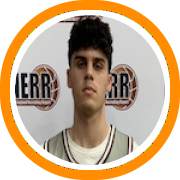 While the quality of the talent lived up to its ten predecessors, what differentiated this year’s event was two things.

First was the amount of players who seized the opportunity to start making a name for themselves. Second, was the influx of players from behind New England’s borders that came to prove themselves.

We’ll begin our recaps in the sophomore class of 2021 with a focus on the frontcourt prospects, or at least those with the size to play up front even if they possess guard type skills.

Sheer Akot, Manchester West - The jumbo-wing in the making has returned to New England after one year in Maryland and he made his presence felt on Saturday with his quality motor on both ends, increasingly polished skill set, and ability to score the ball both inside and out.

Nate Santos, Loomis Chaffee - The younger brother of former Vermont Academy and South Kent product K.J., Nate is physically ahead of his 2021 peers with a versatile floor game and an advanced mid-range game.

Jai Smith, Bishop Ludden - A 6'10 big man from upstate New York, Smith dunked everything around the rim on Saturday night. He was nearly automatic when he had two feet in the paint and also ran the floor well and rebounded the ball in high volume and protected the rim.

Akim Joseph, Trinity Catholic - Another jumbo-wing in the making, Joseph has high level athleticism with his ability to run the floor, protect the rim, and slide his feet defensively. He's got the foundation to be equally versatile offensively with a smooth jumper, the ability to bring the ball up, and distribute. Certainly a highly talented prospect to monitor moving forward.

Gianni Thompson, Brimmer & May - He's made significant strides in his game since we saw him at this event last year, both with regard to his skill set and his motor. He was taking the ball off the glass to start the break, showing touch that is beginning to extend to the arc, and playing with consistent energy from start to finish. Overall, it was a strong showing that highlighted his recent growth.

Camaron Tongue, Rivers - He had a breakout performance at this event last year and turned in another solid outing as a sophomore. He ran the floor well, provided a defensive presence in the paint, and showed the shooting touch to eventually be able to stretch the floor.

Matt McCool, Souhegan - One of New Hampshire's best young prospects, McCool has a great physical profile and is much younger than he looks. He plays hard, has a mature approach to the game, and is only going to keep coming on as he gets more assertive and confident offensively.

Raymond Espinal-Guzman, Marianapolis Prep - One of the breakout performers of the night, Espinal-Guzman showed a ton of markers for future success. He has tremendous size on the wing, naturally mobility and fluidity, and was just oozing long-term potential after having recently celebrated his 16th birthday.

Bube Momah, Farmington - A true sophomore who is already built like a rock, Momah is a physical specimen with a world of talent and potential. The younger brother of former Marist big man Obi Momah, Bube projects as potentially more versatile than his older brother while also playing with a high motor.

Micawber Etienne, Suffield Academy - A first year New England prep product, "Mac" stood out at first glance as one of the most naturally talented true big man in the field. He has a great physical profile, good mobility, and is already able to be dominant at the rim on both ends of the floor.

Adam Sanogo, Our Savior New American - Another New York product, Sanogo has a massive physical profile with broad shoulders, long arms, and a powerful body. He was a man amongst boys for large stretches inside and willing to make second effort plays inside the paint to further differentiate himself.

Shea Doherty, Acton-Boxboro - The younger brother of Worcester Academy's Mitch, Shea Doherty is poised to have better size, length, and athleticism than his big brother. He's not yet quite as skilled, but has the passing instinct and basketball I.Q. that you would expect.

Jake Tavroff, Northfield Mount Hermon - A true post player with a developed physique and physical style, Tavroff was an almost impossible match-up for opposing big men. He can overpower his peers, make tough catches in traffic, score with both hands around the rim, and rebound in traffic.

Connor Tierney, Sacred Heart - Another true big man, Tierney has great size in the middle along with good touch around the rim. Already one of the better big men in the CIAC, he's advanced for his age as both a screener and outlet passer.

Quron Zene, Master's - An early-bloomer who has been powerful and able to impact a prep game since he was an 8th grader, Zene asserted himself here with his ability to play through contact, score at multiple levels, and get above the rim to both rebound and finish.

Jayden Brown, Coyle & Cassidy - At 6'7, Brown debuted at this event last year as a true big man but if definitely trending towards more of an inside-out forward. He's long and strong inside the lane but increasing capable of making shots and combining his size with more skill.

Ademide Badmus, Lynn English - He's a slightly undersized big who who plays bigger than his 6'5 frame. He's a good athlete with a solid build who can score and rebound in the paint but is a game changer on the defensive end of the floor.

Tyriek Weeks, Bishop Hendricken - The younger son of former UMass star Tyrone Weeks, Tyriek has the same athleticism as his older brother T.J. but with a little more size at 6'6. He's a crafty finisher around the rim and working to expand his perimeter game but there's no doubt he's a name to know in the coming years.

Abduallah Mahamed, Foxboro Charter - A young sophomore who is just 15 years already and is already 6'7 after growing 7 inches in the last year, what Mahamed may lack in polish he more than makes up for with late-blooming, long-term potential.

Metin Berk, Northfield Mount Hermon - A native of Turkey in his first year in the prep ranks, Berk made a quality first impression with a throwback style post game on Saturday night. He's crafty as can be around the rim with great touch and finishing ability in the paint.

Tyler Stewart, Taunton - The 6'6 sophomore was one of the more polished big men in the field after spending his spring and summer playing up at the u16 level. He has a strong body, good dexterity around the rim, is able to turn both shoulders in the post, and was also a force on the glass.

Todd Brogna, Algonquin - What he may lack in height at 6'4, he compensates for with physical strength as Brogna was consistently able to rebound and finish inside to begin to make a name for himself.

Jack McCarthy, Braintree - A versatile 6'5 forward who is a scoring threat both inside and out, McCarthy has some clear budding versatility to go with his solid size. He's also an excellent communicator on the floor with a solid two-way motor.

Noah Helmke, Berkshire - Another versatile forward with good size, the 6'6 Helmke showed some inside-out scoring ability. He also impressed with his motor and basketball I.Q. as he played hard from start to finish and was a willing passer and ball-mover.

Isaiah Earl, Hamden - A budding stretch-four with good size at 6'8, Earl is an intriguing long-term prospect who has good hands and feet inside along with a soft touch that is extending away from the basket.

Kyle Squires, Tabor Academy - A long perimeter forward, Squires stood out not just with his face-up size and versatility but also with his passing instinct. He can make plays for himself and others off the bounce and also stood out by being verbal and engaged on both ends.

Josiah Diaz, Shea - He's just getting his first taste of high level competition but what he may lack in experience or polish he makes up for with potential. He's oozing upside with numerous raw tools and certainly one whose progress we're excited to monitor.