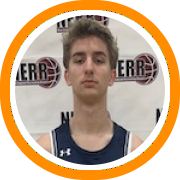 The class of 2021 has officially arrived, making their debut at last weekend’s #E75 Frosh/Soph Showcase and that means we are getting our very first look at New England's new freshmen class.

Here's a look at some of the frontcourt prospects, both forwards and big wings, that caught our attention.

Best of the Bigs

Franck Kepang, MacDuffie – He was the most impactful freshman in the building. His physical tools are well beyond most in the class with good size and a chiseled build but his motor is probably his best weapon. He plays with constant effort, is relentless on the boards, and a consistent shot-blocking threat on the defensive end. He’s still a work in progress offensively but there were early signs of being able to turn his left shoulder in the post and plenty of massive dunks in between.

Kekoa McArdle, Northfield Mount Hermon – He had the most advanced post package of all the freshmen bigs, but in a showcase type setting there weren’t many opportunities to show it off. To his credit, he impacted the game in other ways – using his big frame to play through contact, finishing strong with either hand of ball-screens, being relentless in the paint, and even active and mobile defensively.

Gianni Thompson, Beaver Country Days – He showed one of the higher ceilings in the 2021 class. He’s long and lanky with big hands and solid athleticism. He has a frame that is just starting to fill out but he runs the floor and even went coast to coast with the ball one time. Overall, his skills are noticeably improving as both his jumper and ability to put the ball on the floor look better.

Alex Karaban, St. Peter Marian – A young prospect with a very high ceiling, he showed potential point forward type instincts at 6-foot-6. He plays facing the basket right now, and still needs to develop his interior game, but he showed range to three, a couple of nice passes, and the poise to play with great pace and not get sped up. Overall, a very strong showing.

Camaron Tongue, Rivers – This 6-foot-6 forward announced his arrival on the scene this weekend. A potential stretch-four in the making, Tongue has a soft stroke both from the mid-range and the arc. He’s not averse to going inside though as he used his size well on the glass and also ran the floor well. A clear talent to monitor in the coming years.

Ademide Badmus, Lynn English – A skilled big man with a solid build, Badmus was another breakout performer from the weekend. He scored with offensive put-backs, quick rolls out of the ball-screen, a nice mid-range touch, and even some soft floaters.

Nick Thomas, Fessendon – He’s a big body who is willing to do some dirty work inside and especially hard to keep off the glass. He does have a developing perimeter game as well though and could eventually be a mismatch type forward.

Jayden Brown, Coyle Cassidy – A hybrid style forward, Brown is still a little raw but already able to impact the game with his length, athleticism, and mobility. He runs the floor, covers the entire court, impacts the game on both ends, and scores with his physical tools.

Best of the Wings

Alexis Reyes, Rectory – He already owns a strong 6-foot-5 frame, so he’s physically imposing at this early stage, and when you see a youngster with that build leading the break so cleanly it screams of his long-term upside. Reyes had great use of both hands to handle and pass, kept his head up to see the floor the entire time, laid down bounce passes, and played through contact.

Christian Rios, Malden Catholic – A versatile wing with good size at 6-foot-4, Rios showed a good feel for the game and assortment of scoring and playmaking tools. He made spot-up threes from behind the arc, ran his lanes well in transition, and made passes off the dribble to create shots for his teammates as well.

Jarrel Okorougo, Rivers – Part of a talented young core at Rivers, Okorougo is another gifted scorer in the making. He’s long, athletic, and wiry with a good basketball build. He’s an effective slasher who can play through contact and finish off two feet in the lane. Overall, he was one of the more productive guys in the building from start to finish.

Andrew Barnaby, St. Peter Marian – Another St. Peter Marian product, Barnaby is an athletic 6-foot-4, high flying wing who plays way above the rim and can create off the bounce. He attacks aggressively, uses his jump stop well, and is also an imposing defender.

Ben Kaczmarek, St. Sebastian’s – A utility forward of sorts, Kaczmarek is long with a strong frame and quality motor. He can bang and defend inside but also showed a nice jumper with good range to stretch the floor.

Tim Minicozzi, Belmont – He has skill and a motor. He knocked down threes and made plays with the ball but what set him apart was how he was able to rebound at his size, keeps balls alive, and consistently win 50/50 balls.

Chris Rey, Wellesley – He’s intriguing with good size, length, and a very nice shooting stroke. He can put the ball on the deck, has good hands to convert plays inside, and a frame that suggest he might not be done growing just yet.