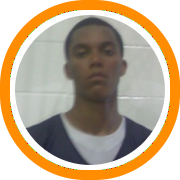 VCU isn't the only school in the Colonial Athletic Association who is excited this weekend as Drexel landed a big commitment from Damion Lee on Friday.

Lee had previously signed with Towson during his senior season at Calvert Hall in Maryland but instead chose to re-open his recruitment and head to St. Thomas More for a post-graduate season following his graduation.

He was nothing short of spectacular for the Chancellors this season, especially down the stretch of the season, emerging as one of the team's primary leaders on both ends of the floor and spearheading the team's run to the National Prep Championship.

Despite increased attention from higher level schools, Lee was reportedly content to chose from a variety of top mid-major programs who had recruited him hard throughout the season, including LaSalle, Northeastern, and Drexel.

On Friday, Lee made his choice and committed to Drexel and head coach Bruiser Flint.

Lee is a powerful and athletic swingman who does his best work en route to the rim.  He is a phenominal finisher who excels at filling lanes in transition but is equally adept at attacking in the half-court.  Not known for the consistency of his jump shot prior to arriving at STM, Lee made huge strides in that area of his game this year while also proving himself to be a premier defender and rebounder on the perimeter.