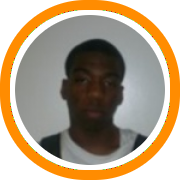 While Academic Elite week at Eastern Invitational may not compare to session II in terms of the amount of pure talent on hand, it may actually be a better brand of basketball.  This week’s camp saw much less one on one play, and much more ball movement, player movement, and knocked down jumpers.

Greg DeSantis was one of the top performers at the camp.  He scored the ball consistently throughout the week and continued to raise the level of his overall game as the session went on.  He also came up with heroics at the end of one game as he made a stutter-step pull-up jumper with under 20 seconds to play to give his team a one point victory.

He was awarded with a spot in the top 20 all-star game where he scored 7 points: hitting a three-pointer off the dribble, driving to the basket for an old fashioned three-point play; and make a couple of nice passes.

This is the second time this summer that DeSantis had done well for himself at Eastern Invitational, as he also played well during session II.  His recruitment covers a wide scope at the moment.  He seemingly could have his pick of high academic division III schools as places like Amherst, Catholic, and Hamilton are all very interested.  He already owns a division II offer from the University of New Haven and has strong interest from the likes of Stonehill and CW Post as well.  But he is also getting his fare share of division I interest as Vermont, Colgate, Dartmouth, and Yale have all been keeping close tabs on him this summer.

DeSantis is intriguing to college coaches for a variety of reasons.  First, he is a coach’s son who plays accordingly, showing a good understanding for the game and a high skill set.  But what may set him apart is his ability to make plays at the end of the shot clock.

While Connecticut high school basketball does not play with a shot clock, DeSantis showed his ability to take and make tough shots for his Notre Dame team last year.  But more than that, he also makes good decisions when creating, showing a willingness to get his own shot off (often times with his tremendous mid-range game) or to get into the lane and find one of his teammates.

DeSantis didn’t have much time to reflect on his week at camp, as he returned home on Sunday night only to catch a flight first thing Monday morning so that he could join his Westchester Hawks teammates at AAU nationals.

Perhaps the best performance at the Academic Elite week came from St. Mark’s Peter Kaasila who went home with the MVP honors.  The big man used his tremendous size and upper body strength to establish position, score, and rebound around the rim all week long.  Some first rate footwork didn’t hurt either as Kaasila was extremely efficient throughout the session.