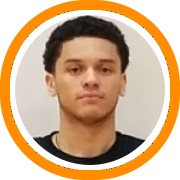 Pomona is a prestigious liberal arts college in Claremont, California with a typical acceptance rate of under 10% of their applicants.

This will actually be the fourth consecutive year in which Pomona has gone across the country to land a recruit from New England as their current roster includes junior Sam Glazer from Phillips Academy Andover, sophomore forward Alberto Larraguibel from Greens Farms Academy, and freshman big man Alex Preston from Darien High School.

DePina is arguably the best pledge yet as he has a long history of being a proven scorer at both the high school and grassroots levels.

He's currently averaging almost 15 points per game while shooting 40% from the three-point line for a BCD team that is currently 10-8 and always a threat to make a run in the NEPSAC tournament. DePina also recently scored his 1,000th career point.

He played for Metro Boston throughout the course of his grassroots career and drew interest from all levels of college basketball throughout the process.

"Jayden is a smart youg man who drew interest from solid academic schools at both the D1 and D3 levels in our region. In the end, he chose a great school out west that is highly rated academically after receiving an early admission offer," said Metro Boston head coach and program director Mauricio Vasquez. "I'm proud of this young man. He can retire his winter gear for the next four years."

Below are some of DePina's highlights from the recent summer.

Check out this mix I made for C/O '18 Jayden DePina@jay_depina10 pic.twitter.com/YsdZj6Ds28