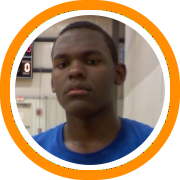 St. Andrew’s Youri Dascy is the top ranked player in Rhode Island’s class of 2010.  The six-foot-seven center has opened the season in peak form as he has helped the Saints get off to one of their best starts in years.

Dascy is a physically dominant player who provides a capable scoring presence on the low post, a valuable interior defender, and a very good rebounder.  He has had a wide variety of recruitment from scholarship level schools and is playing some of the most consistent basketball of his career right now.

The state’s second ranked player is first in terms of RIIL products and that’s Bishop Hendricken’s Nick Manning.  With Baron, Ledo, and Barboza moving on to new destinations, continuing the Hendricken legacy has fallen into Manning’s lap and so far he hasn’t disappointed.  He may not have the star power of those guys but what he does have is a very versatile and balanced game capable of translating to the next level.

Tom DeCiantis is a very close third.  North Kingston’s senior leader is tough, smart, and skilled and you can’t come up with a better recipe than that for succeeding at the college level where we expect him to be a coach’s dream regardless of where he lands.

Robert Alers is the run away player of the year in division III and the fourth ranked player on our list.  While the numbers he puts up with Central Falls are certainly impressive, his ability to score the ball in high volume against a high level of competition on the AAU circuit was perhaps even more compelling.

Shea swingman Rudy Britto comes in at number five as a talented player who can create his own shot off the dribble and finish above the rim.

St. Andrew’s power forward Eric Sherman is one of the most improved players in the state and seemingly ready to make an impact next year at the college level.  He comes in at number six.

Mount St. Charles’ Colin Russell is seventh and although he is still fairly raw has a chance to be a productive player at the next level because of his combination of length and skill.

Mount Pleasant’s Isaiah Odunlami is another prospect with some long term potential given his long frame and impressive athleticism.  He checks in at number eight on Rhode Island’s senior list.

Rounding out the top ten are the Palumbos (no relation as far as we know).  Michael Palumbo is a do-it-all point guard for Classical High School and Ryan Palumbo another extremely efficient type for Bishop Hendricken.

To view the Rhode Island rankings in their entirety please click here.