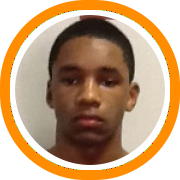 Tabor Academy senior Miles Wright might not be signing a National Letter of Intent, but he did finalize his recruitment prior to the end of the early signing period.

The senior swingman made a verbal commitment to Dartmouth head coach Paul Cormier on Tuesday, following his official visit to the Ivy League campus over the weekend.

“I couldn’t be happier for Miles and his family,” Tabor Academy head coach Chris Millett said.  “Miles is an amazing young man and has brought so much to the Tabor community on and off the court.  This is an exciting next step for him.  He is going to excel at Dartmouth.”

A six-foot-three and one-hundred-and-ninety-five pound swingman, Wright combines an intimidating physical combination of power and athleticism with a skill set that has rapidly developed over the years and now allows him to be a scoring threat in all three ranges.  He’s an equally menacing defender and can consequently impact the game in a variety of different ways.

A two sport star who has also doubled as the quarterback of the Tabor football team in years past, Wright missed both the July evaluation period as well as his final season on the gridiron after suffering a stress fracture earlier in the summer.

He came up the ranks with Metro Boston on the AAU circuit, making a name for himself even before his arrival at Tabor, and continued to run with the program throughout all of last spring, before ultimately having to miss out on the live period.

To his credit, Wright still scored multiple division I offers despite missing the last four months of action.

He becomes the second player to commit to Dartmouth in as many weeks, joining six-foot-four swingman Taylor Johnson from Northwest High School in Texas.