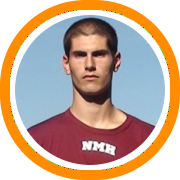 In most gyms in the United States when you hear kids talking about “The League” they are referring to the NBA.  But at Northfield Mount Hermon School, that phrase means something entirety different.

At NMH, “The League” refers only to the Ivy League, the league which has now captured 17 players from NMH in the last five seasons.

Thursday night saw their latest commitment as Anthony Dallier became already the third NMH prospect in the class of 2013 to commit to an Ivy League School, announcing his decision via twitter.

“I've made my college decision and today officially committed to play my college ball at Yale university!! Extremely excited to be a bulldog,” he tweeted.

The six-foot-six swingman spent the first three years of his high school career at North Allegheny High School in Pennsylvania, where he was named a Post-Gazette Fabulous Five selection following his junior season.

The 2011-2012 season was Dallier’s first at Northfield Mount Hermon, and it proved to be a big one as he averaged 11 points, 6 rebounds, and 4 assists per game to help lead NMH to their first NEPSAC AAA championship.