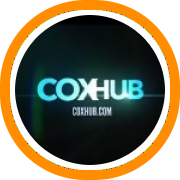 The CoxHub cameras will be rolling live from Endicott College today to stream the NEPSAC finals in Class A, AA and AAA.

Things get going at 1pm when 4th seeded Suffield Academy takes on 2nd seeded Williston Northampton. The Tigers knocked off top seeded Kent School on the road yesterday while Williston defended their home court against Tabor Academy. Today's match-up includes a battle of two still available guards in the 2015 class in Juwan Anderson and Ryan Richmond, but might just be decided in the paint where the Tigers feature Christian Wilkins and Garrett Stephenson. Williston will counter Kyle Doucette on the block along with Jake Ross on the wing.

At 3pm a highly anticipated final will take place between #1 Tilton and #2 Vermont Academy. Florida State bound guard Terance Mann has had a fantastic season for the Rams and he'll be going head-to-head with his longtime AAU teammate Bruce Brown. There are great match-ups all over the floor though as Franklin Porter and Corey Johnson will go head to head while the battle in the paint should be especially intriguing as Tilton's frontline of Anthony Green and Robert Martin Jr. try to hold off the likes of Tyrique Jones, Ronnie Suggs and Samuel Japhet-Mathias.

Finally, the AAA final will tip at 5pm featuring Brewster Academy against St. Thomas More. The Bobcats had a strong showing in yesterday's semis, knocking off New Hampton, while the Chancellors went on the road to knock off NMH. Jalen Adams will be looking to take his third straight NEPSAC title for Brewster and he'll have plenty of help with the likes of Donovan Mitchell, Jarred Reuter, Justin Simon, David Crisp, Alex Illikainen and Marcus Derrickson among others. Steve Enoch is the biggest name on the STM roster, but this group has amounted to more than just the sum of their individual parts as key contributors like Sean Hoehn, C.J. Byrd, Ian Gardner and Ryan Funk are still fighting for scholarship offers.