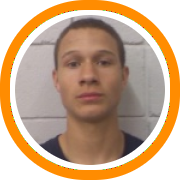 There is no other New England state that has less continuity in the way their state tournament is organized than Connecticut.  The upcoming season is the perfect example as 5 of the 8 programs who advanced to state finals a year ago now find themselves playing in different conferences this season.  With that in mind, here is a look at who the contenders are in the, once again, newly organized classes.

Windsor – After a disappointing loss in last year’s semi-finals, Windsor has all the pieces to be the state’s best this year including: two legitimate stars in Steven Samuels and Adrian Satchell; a defensive specialist in Doug Soutar; a deep and talented supporting cast including Tyrus Weaver, Ryan Dulaire, Kingsley Boothe, and Ishmael Smith; and one of the state’s best and most respected coaches roaming the sidelines in Ken Smith.

Hillhouse – Head Coach Kermit Carolina is about to begin his sixth year as the head coach at Hillhouse High School and he has already delivered two state championships.  He could be on the way to number three as his line-up features a good deal of veteran experience in the senior class with TJ McKiver, Jeremy Moore, Jason Preston, Steven Roberts, and Hassan Toler along with two widely talented youngsters in Tavon Allen and Fred Wilson.

Hartford Public – Last year’s class M runner-up jumps two conferences to play with the big boys this year.  Lamar Burgess and Arshad Jackson are two seniors who will provide leadership and toughness, but Daryl McCoy and Danny Lawhorn are fair and away the team’s most talented.  If McCoy gives maximum effort and Lawhorn stays under control the Owls have the talent to play with anyone.

Crosby – The defending champions in class LL will have to compensate for the loss of B.J. Monteiro, who has moved on to Duquesne.  But the hero of last year’s title game, Anthony Ireland, returns and has some help with Julio Vazquez, Ricky Cortez and Malik Gray.

•  East Catholic has a ton of young talent in sophomores Jerome Harris, Rohan Brown and Steve Santavenere, but they’ll have to grow up fast if Luke Reilly’s squad hopes to make their third trip to the state finals in the last four years

•  Seniors Jeff Pitkin, Cody Otto, Jon Karas, and John Pinone have been key contributors since their sophomore season and will rely on that experience to make their senior year a memorable one

•  TaQuan Zimmerman is one of the state’s lesser known stars, but he can do a little bit of everything for Holy Cross.  Add in Ryan Kolb and a handful of other guys who can pass and shoot and they’ll be one of the favorites in the NVL

•  Defending class L champions Maloney move up a conference and although they lose a lot from last year, they are known for being better than the sum of their parts

Trinity Catholic –The perennial FCIAC powerhouse was the runner-up in class LL last year and figures to be one of the strong favorites in class L this year.  Tevin Baskin is one of the state’s most dominant players while Eric Jean-Guillaume is a threat to get hot at virtually anytime.  Ryan Adkins, Zac Messinger, and Takari Smalls will also play important roles.

Torrington – Jordan Williams is the state’s best low post scorer and possibly the best player period.  But the Maryland bound big man won’t be able to do it all by himself and if Torrington hopes to be champions, their guards will have to keep up with Trinity’s.

Stratford – They claimed the class M title last year and should be major contenders this year in class L as they return their talented junior trio of Brandon Sherrod, Russell Payton, and Jason Charles.

•  Senior swingman Mike Lomax can score in bunches for Bassick.  But defense will be the key if Bassick hopes to contend for a state title

•  Career may be a year or two away but their sophomore class is as talented as anyone’s with Brandyn Benson, Drew Crudup, Kevin Rivers, K.C. Hoff, and Darryl Best Jr.

•  Harding has playmaker extraordinaire Laquan Mendenhall, but depth will be the key to their long term success

•  P.J. Santavenere is a big addition for Middletown and will team with Taeshawn Jackson to lead the team

Sacred Heart – Josh Turner is class M’s most talented player and will be relied upon to handle the brunt of the offensive load.  His longtime running mate Cory Andrews will be able to make plays around the rim at both ends of the floor.

Bloomfield – Last year’s class S state champs should be contenders for the next two years as southpaw scorer Rashad Moore and athletic big man Denzel Jones are both entering their junior seasons.

Kolbe Cathedral – Between the 32 minutes of defensive pressure that they impose upon their opponents and the individual offensive talents of Dominique Langston, Kolbe is the early favorite.  Ronnie Underwood could also blossom in his junior season.

Cromwell – The addition of Shawn Holley to the core of Isaiah Salafia and Tyler Burkhart provides Cromwell with the pieces to win the Shoreline Conference and challenge Kolbe in the state tournament.

Capitol Prep – Sophomore big man Andre Drummond is a high-major prospect, but it remains to be seen if he is ready to dominate every single night.  If he proves he’s up to the task, Capitol will be contenders come March.