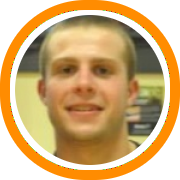 Connecticut College continues to build one of their strongest recruiting classes in recent memory.

The latest prospect to commit to the Camels is Tilton swingman Lee Messier, one of the best shooters in the New England region.

Messier has a long and distinguished resume of being able to make shots at the highest level.  It began at Bishop Hendricken High School in Rhode Island, where he starred during the first three years of his high school career.

He transferred into Tilton last year, repeating his junior season in the process, and emerging as a pivotal shot-maker and floor-spacer next to the likes of Wayne Selden and Terance Mann.

Messier has had similar success on the AAU circuit.  He was a pivotal component of a Middlesex Magic team that captured the Massachusetts state championship last spring.

The six-foot-three swingman becomes the second Middlesex Magic product, along with Middlesex School point guard Aaron Swenson, to commit to Connecticut College for next season.  Williston Northampton’s six-foot-five forward Joe O’Connell rounds out a class that is also involved with a number of other talented local prospects.