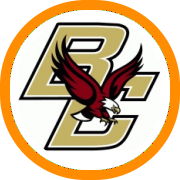 The NCAA coaching carousel hit New England in the last ten days as Boston College and Holy Cross both opted to dismiss their respective head coaches.  Both decisions were unexpected as Boston College head coach Al Skinner led his team to the NCAA Tournament in 7 of his 13 years on the job while Holy Cross head coach Sean Kearney had held his position for less than a year.

The B.C. job in particular has captured the attention of local and national media with multiple outlets reporting last week that Richmond’s Chris Mooney, Cornell’s Steve Donahue, Northeastern’s Bill Coen, and Fairfield’s Ed Cooley were the lead candidates.  Mooney removed himself from consideration on Friday by signing a seven year contract extension, and on Saturday the Providence Journal’s Bill Reynolds reported a new name had entered the discussion, and it was a name that could create huge ramifications on the local recruiting landscape:

Two names that have surfaced for the Boston College basketball job are former assistants Bill Coen and Ed Cooley. Both would be excellent choices. Another — which would take a certain leap of faith because he’s never been a college head coach — might just be Leo Papile, the Celtics’ personnel man, who has amazing connections in the AAU world and no doubt could deliver kids from his own AAU team based in Boston, always one of the best in the country.

Because Reynolds didn’t cite any sources, it remains to be seen if this is more fact or fiction, but if B.C. athletic director Gene DiFilippo is as serious about thinking outside of the box and reconnecting to the city of Boston as he claims to the media, this is one rumor that could have some legs.

It remains to be seen if Papile, who is in his 13th year with the Boston Celtics and currently serves as their Executive Director of Basketball Operations, would even be interested in such a move.  But as Reynolds said, Papile could undoubtedly recruit the local Boston area as his BABC program has been a powerhouse of the city’s top talent for decades, developing players like Patrick Ewing, Dana Barros, Jeff Adrien, Will Blalock, and Torin Francis.

Just in the last two years players like Alex Oriakhi (UConn), Jamal Coombs-McDaniel (UConn), Phil Pressey (Missouri), Gerard Coleman (Providence), Ron Giplaye (Providence), Erik Murphy (Florida), Nate Lubick (Georgetown), Shabazz Napier (UConn), and Michael Carter-Williams (Syracuse) all played for Papile at one point or another.  Can you imagine the boost to the B.C. program, both in terms of wins and local fan support, if even a couple of those guys had chosen to stay home and play in Chestnut Hill?

Moving forward, you would have to think that an Eagles program with Papile at the helm would immediately have the inside track on talented youngsters like Nerlens Noel, Domunique Bull, Goodluck Okonoboh and many other top young talents in the city, not to mention a great working relationship with the top AAU programs like Boo Williams, New York Gauchos, and countless others who share the same Nike endorsement that Papile’s BABC clubs have for years.

As Roberts said, it would be a leap of faith for DiFilippo to hire someone with no college head coaching experience for sure, but there is no denying Papile’s winning pedigree after coaching under Rick Pittino at Boston University, being the associate head coach on a Cleveland State team that made a Cinderella run to the Sweet 16 in 1987, winning an NBA championship with the Celtics in 2008, and leading BABC to countless championships on the regional and national levels.

Whether or not any of this will figure into DiFilippo’s decision making is anyone’s guess.  But should this rumor prove to be more fact than fiction it would undoubtedly send shock waves throughout not just Boston but all of New England.