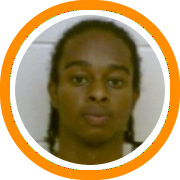 Now that the high school and prep school season has come and gone it is once again time to release our updated set of rankings.  We begin with the class of 2008 for the final time.

Devin Ebanks ends his career as the number one ranked player in New England.  While John Riek’s departure to IMG Academy certainly made this an easier decision, Ebanks would have taken the top spot regardless. The St. Thomas More star had a spectacular year as he led the Chancellors to the semi-finals of the NEPSAC tournament and into the field of the National Prep Championship.  While Ebanks dominance this year was surprising to no one, his biggest improvement came in his consistency.  Even on nights when he didn’t appear to be playing his best basketball, he still seemed to finish the game with 20+ points and 10+ rebounds.  Now the only question that remains is where he will play next year as West Virginia, Rutgers, Memphis, and Texas are all still in the picture for the one time Indiana commit.

Emmanuel Negedu finishes his career at Brewster in the number two spot.  Negedu arrived at Brewster as a hard working and athletic physical specimen with a low skill level.  Three years later his game has come a long way as he now boasts an accurate 15 footer and a jump hook on the low block while continuing to be one of the elite rebounders and finishers in the nation.  Look for the Ben Wallace comparisons to continue in Arizona, although now it might be “Ben Wallace with some skills”.

Terrence Jennings, Isaiah Thomas, and Kimmie English round out New England’s top five.  While Jennings and Thomas lived up to the hype they had when they arrived in the region, it has been English who has exceeded expectations.  The shooting guard appears to have everything he will need to have a terrific career at Missouri as he is a terrific full-court defender, a great athlete with excellent size for the two-guard spot, and an excellent three-point shooter.  Most importantly, he brings a maturity and business like attitude with him to the court.

Connecticut’s top five is made up of Ebanks, Thomas, David Gibbs, Allan Chaney, and Assane Sene.  Gibbs was a little bit of a forgotten man this year since he had committed to UMass prior to his senior season.  But that could all be about to change with the recent coaching change in Amherst, as Gibbs could be one of the best available guards in the nation if he decides to open it back up.

Jennings, English, Melquan Bolding, Stevie Mejia, and Larry Anderson fill out Massachusetts’ first five.  Bolding got progressively better as the season went on and played his best basketball down the stretch.  Meanwhile, Mejia was dominant in last summer’s AAU season and throughout this year’s regular season with Lawrence Academy as he appears poised to make an immediate impact upon arriving at URI.

Despite underachieving for most of his senior season at Lee Academy, Nate Tomlinson remains in Maine’s top spot.  He still has the potential to have a very good career at Colorado thanks to his court awareness, passing ability, and presence from the point guard position.  Kamil Gawrzydek, Cardell McFarland, and Stacey Waters come in at 2-4, while no one’s stock improved more this season than Chris Baskerville who now appears to be a steal for Central Connecticut after enrolling in January.

A Brewster Academy trio leads the New Hampshire rankings as Negedu, Mark Lyons, and Anthony Crater where all instrumental in Brewster’s NEPSAC championship.  Lyons in particular emerged as a star this season.  He arrived in Wolfeboro with a bit of a damaged reputation after his departure from South Kent.  But no one had a better prep school season than this electrifying guard as his ability to make plays with the ball in his hands was one of the biggest reasons behind Brewster’s crown.  It is a good thing Xavier got this one done early because he is undoubtedly a high-major talent.

Jerell Gomes retakes the top spot in Rhode Island as he has proven himself to be the state’s most talented player in our opinion.  However, Mike Culpo had a terrific senior season playing the point for St. Andrew’s and is a fantastic addition for Long Island University.  Brian Hanuschak, Adelberto Bueno, and Jeff Holmes round out the top five.

Vermont Academy’s Andre Shaw is the best college prospect in Vermont in our opinion.  Nevertheless, the post-graduate is still flying a little bit under the radar and consequently remains unsigned.  #2 D.J. Campbell will take over for Shaw next year as he heads to V.A. for a post-graduate year.  Greg Hughes, Kyle McQuarrie, and Matt Joslin all improved their standing this year in order to finish in the top five.