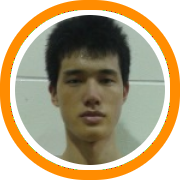 The best available prospect left on the board in New England’s 2014 class, Worcester Academy forward Matt Cimino, made a verbal commitment to George Washington on Sunday.

The six-foot-eleven big man is coming off a huge senior season for Worcester Academy, solidifying himself as one of the top available frontcourt prospects left on the national board.

He took an official visit to GW last weekend, and was scheduled to take subsequent official visits to Georgia and Georgia Tech, but opted to cancel his remaining visits and call head coach Mike Lonergan on Sunday night just hours before the Colonials heard their name called on the NCAA tournament selection show.

“I’ve been waking up every morning knowing that’s where I want to go,” Cimino told the New England Recruiting Report.  “The thing that differentiated them was my relationship with the coaches.  They’ve been on me for a long time, through all my ups and my downs.  I have a very good relationship with Coach Lonergan, and Coach [Hajj] Turner as well.”

Lonergan, the former head coach at the University of Vermont, has returned to his New England roots to land a couple of big commitments this spring as Cimino joins St. Thomas More forward Yuta Watanabe in pledging to the Colonials.

Together, they’ll form as skilled an incoming frontcourt tandem as there is the Atlantic ten as Cimino is well known for his ability to shoot the ball from behind the three-point line, but also much improved with his back to the basket.

Watanabe is an ideal compliment, not just because he’s left-handed, but also because he’s perhaps even more versatile with the ability to shoot the three, attack off the dribble, and score over smaller defenders around the basket.

“Going down there, meeting all of the people, and just seeing the style of play [was very important],” Cimino said.  “Coach Lonergan gives his big men so much freedom that I thought that if I worked extremely hard that it could be a good opportunity for me.”