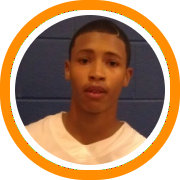 NEPSAC’s triple header was as good as advertised on Sunday at Endicott College as championship games in classes AAA, AA, and A proved why New England prep school basketball is second to none.

The tandem of Duncan Robinson and Chris Braley led the way as Exeter scored a class A championship.  Robinson earned MVP honors with 24 points on a perfect 9-9 shooting from the floor, including 5 deep threes, to go along with 11 rebounds.

The victors opened the game on a 14-4 run, which began when Braley drilled a contested three late in the shot-clock on the first possession of the game, and continued with two deep threes from Robinson.  The rest of the half would go back and forth as Exeter eventually took a 25-16 lead into halftime.

Exeter would push the lead to 15 in the early part of the second half as Harry Rafferty and Jordan Hill got into the act off the dribble, but Choate fought back to cut the lead back down to 9 behind Jeff Coby and Pete Weston.  Robinson’s final three of the night would prove to be a dagger, as he pushed the lead back up to 12 just as Choate was gaining momentum in the final two minutes.

It was a story of two different halves as Cushing dictated the tempo of the game in the opening half, only to see St. Andrew’s take control in the second.

Ultimately, the back and forth match-up set the stage for one of the most memorable finishes in NEPSAC history as Cushing clawed their way back from a double digit deficit in the final 3 minutes to win on a 35-foot buzzer beater from Jalen Adams, which would bank in off the backboard.

Adams and Andrew Chrabascz led Cushing on a 10-3 run to the start the game.  Kaleb Joseph got into the act soon after as he and Henry Bolton exchanged high level drives, before Cushing would eventually take a 33-28 lead back into halftime.

The Saints did a much better job of slowing the tempo down in the second, so that when Chrabascz picked up his fourth foul at the nine minutes mark, St. Andrew’s appeared to be in control.  Bonzie Colson and Andre Berry would take advantage on the interior, while they also got some timely three-point shooting to build up a double digit lead.

Trailing 58-47 with only three minutes to play in the game, Cushing’s full court pressure defense began to force turnovers and transition opportunities.  St. Andrew’s still held a 60-56 lead with just 8 seconds to play, but a quick bucket from Adams cut the lead to 2, setting the stage for his dramatic game winner that beat the buzzer and sent the Cushing student section spilling onto the floor.

The nightcap was an equally dramatic thriller which saw top seeded St. Thomas More square off against a third seeded Brewster Academy team which has been on a tear for the last six months.

STM took advantage of a disciplined team defense and solid offensive production from Gabe Levin to build up a 36-28 halftime lead, but Brewster would come storming out of the locker room, picking up their defensive intensity and creating transition opportunities as a result.

This time it was St. Thomas More’s turn to fight back and that’s exactly what they would do behind the backcourt tandem of Marquise Moore and Duane Notice.  Each possession was critical down the stretch and there were just 2.5 seconds left on the clock when Martez Harrison knotted the game at 68 to force overtime.

The game changed just 90 seconds into the extra period when Elijah Macon, who had been Brewster’s best half-court offensive weapon in the second half, fouled out with 3:30 left to play.  Nevertheless, the game would continue to go back and forth with both backcourts trading plays off the dribble.  STM led by one when Ron Patterson rose up from 17 feet to knock down what would prove to be the game winner.

Macon was dominant at times on the interior for Brewster, earning MVP honors with 15 points and 13 rebounds, while Chris McCullough had a near double-double with 9 points and 11 rebounds.  Jared Terrell led the Bobcats in scoring with 16 points, putting together one of his best performances in a Brewster uniform, while Harrison and Patterson finished with 13 and 11 respectively.