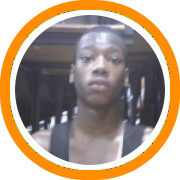 The Bob Gibbon’s Tournament of Champions is arguably the most prestigious tournament of the year not falling in an NCAA live period.  The invite only field features the most talented teams and programs from around the country, and is played at incredible facilities including the University of North Carolina’s Dean Dome, Duke University’s Cameroon Indoor, and North Carolina State’s Dail Center.

CBC and the New England Playaz were the only two local clubs represented in North Carolina this weekend, both bringing teams in the 15u and 17u divisions.

For CBC their run began on Friday night when they faced a Texas Select squad featuring potential high major prospects like 6’7” junior swingman Shawn Williams Jr. and 6’8” sophomore swingman Julian Washburn.  The game went back and forth through the first half and much of the second as neither team could gain the upper hand.  But in the second the depth and speed of CBC finally began to weaken their opposition, as they broke the game open with a 12-0 run.  Texas would never be able to rebound as CBC opened the tournament with a victory.

Steven Samuels and Dominique Langston led the way in the opener.  Samuels was relentless attacking the rim in the open court and couldn’t be stopped once he showed he could also knock down the three-ball when dared to.  Meanwhile, Langston was making all kinds of plays around the rim, finishing the break with dunks, and even coming up with some blocked shots on the defensive end.  Luke Matarazzo and DeShawn Hamlett also provided sparks off the bench.  Hamlett showed his “old school” game in the first half battling on the interior, being rugged, and banking shots in.  Matarazzo was a spark in the second half with his good on-the-ball defense and pinpoint passes in the open floor.

On Saturday CBC was set to close out pool play with games against two of the nation’s more prestigious programs, Team Breakdown from Florida and Cecil Kirk from the greater Baltimore area.

First it was a match-up against Team Breakdown on Duke’s home floor.  Although CBC eventually fell, they gave Breakdown their closest game of pool play.  The Florida squad featured one of the top 10 juniors in the country in Kenny Boynton as well as the nation’s #1 ranked sophomore in Brandon Knight.  Samuels continued to play well for CBC while Danny Lawhorn came off the bench and made an impact in the second half as he used his speed and quickness to get to the rim and make plays.

Next it was over to N.C. State where CBC needed a victory against Cecil Kirk to earn a second place finish in their pool and stay alive.  They got just that as they turned away Antoine Allen n’company.

Having advanced into the Select bracket, along with 2nd place finishers from the other 15 pools, CBC had one more game to play on Saturday night as they locked up with another Maryland team, W.P.C. Elite.  It was more of the same as the Connecticut squad surprised another program who made the mistake of underestimating them.

CBC’s run finally came to an end of Sunday morning when they lost a hard fought victory to the program that produced Memphis point guard Derrick Rose a couple of years ago, Chicago’s Mean Streets.

Ultimately the weekend was a huge success for CBC as they proved they could not only compete with, but defeat, programs from around the country with so called bigger names.

No player on the roster helped their stock more than Windsor’s Steve Samuels.  The fact that he was comfortable playing the point against this high level of competition was telling enough for the 6’4” and long guard.  But Samuels scored at will in the open court, showed tremendous speed pushing the ball from north to south, and rebounded like a power forward.  As one onlooking evaluator from a national recruiting service claimed, “he’s a consistent jumper away from being a potential high major kid.”

Adrian Satchell, Daryl McCoy, and Will Tye all had impressive moments playing in the paint as well.  Satchell did his best work late in the weekend as he began to find his grove, making quick finishes around the rim while also showing his perimeter skill set.  McCoy is physically able to match-up with some of the best big men from around the country, although he likes to step to the perimeter where he can handle and shoot the ball.  Meanwhile it was the massively powerful Tye who battled in the paint throughout the weekend.  Despite standing somewhere between 6’4” and 6’5”, he was able to being very efficient around the rim thanks to his tremendous upper body strength and athleticism.

Another major factor in CBC’s run was leadership, as they were clearly one of the better coached teams in the field.  Kudos to Windsor High School’s Ken Smith, who had his club competing at a very high level throughout the weekend while utilizing his entire bench.