Catching Up on Orlando 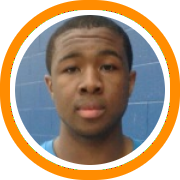 The third and final week of the July Evaluation Period began on Wednesday night with BABC taking on Howard Pulley in a game televised live on ESPNU.

While Howard Pulley is led by the nation's top ranked point guard, Tyus Jones, this game was all about the match-up between Bonzie Colson and Reid Travis.

Travis, a six-foot-eight power forward and the 40th ranked player in the ESPN 100, and Colson would go blow for blow throughout the evening, with Travis finishing with 31 points and Colson 26.

ESPN's Dave Telep probably best summed up the individual battle: "Both Travis and Colson are good players who own their weaknesses and play to their strengths. You don’t over-evaluate these guys; you simply find the best ways to deploy them. And Wednesday night on ESPNU, they played at a high level. Both are winning guys."

Ultimately, Howard Pulley held on for a narrow 64-61 win, here are some of the highlights care of The Real AAU's YouTube page.

BABC went into the game against Howard Pulley without the rising junior trio of Terance Mann, Bruce Brown, and B.J. Martin, all of whom were playing exclusively with the team’s 10th grade team as they were looking for an unprecedented fourth straight national championship.

They opened bracket play with a 66-24 win over the Tri-City Ballers and then a 55-36 win over the Greensboro Aggies to advance to the Elite 8.  A 53-30 quarterfinal win over Texas Pro earned BABC a spot in their 41st national Final Four, but unfortunately their run would stop their with a 57-46 loss to the Arkansas Wings.

Connecticut Basketball Club, Metro Boston, and Team Up also advanced to the gold bracket at 10th grade nationals after finishing in the top two in their respective pools.  Team Up’s rising junior Steve Enoch picked up his latest scholarship offer in the process as Fairfield joined Sacred Heart.

In the 11th Grade AAU Gold Super Showcase, BABC made another deep run, going all the way to the Elite 8 before falling to Team Final.  After receiving a bye in the opening round of bracket play and then knocking off a talented Baltimore Elite squad, Malik James knocked down four critical free-throws to deliver a tough win over Aim High Atlanta in the round of 32.

The Boston Warriors were also selected for the Gold Super Showcase and delivered a 74-71 upset win over Indiana Grassroots behind 24 points from Shaquan Murray and 18 from Kyle Howes.  Murray was huge throughout the tournament, averaging 19.5 points.

Middlesex Magic was the lone New England program to advance to the championship bracket at 11th grade AAU nationals.  After falling in a tough first round match-up to Martin Brothers Legacy, the Magic rattled off three wins in the consolation bracket over Team One Basketball, Columbia Hoyas, and North Florida Elite to advance to the final four.

John McCarthy stood out in the win over Team One Basketball with a team high 20 points while the interior tandem of Obi Obiora (12 points, 12 rebounds) & Isaiah Robinson (17 points, 11rebounds) starred over North Florida Elite.  Lee Messier continued his hot shooting throughout the week including five three-pointers and 20 points against North Florida Elite.