Casimir on the Rise 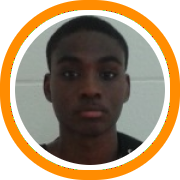 One of the themes of last weekend’s National Prep Showcase was big performances from “little” guards.

From Cane Broome to Tremont Waters to Jarvis Garrett there were a variety of undersized guards who managed to stand out with dynamic performances.

But there might not have been another player in the field that helped themselves more than South Kent’s Schadrac Casimir.

Playing alongside Waters and Jordan Strawberry, Casimir was one leg of a tough three-guard rotation for the Cardinals, as head coach Kelvin Jefferson conceded perimeter size in favor of skill and playmaking ability.

The strategy paid off as South Kent knocked off Elev-8 Sports Institute 94-91 on Friday night and gave Brewster Academy all they could handle on Sunday morning before ultimately falling 91-84.

Casimir stood out in both games, first going for 22 points in just 23 minutes of action on 8-12 shooting from the floor on Friday and then coming back with a 36 point performance on Sunday in which he shot 13-20 from the field including 4-6 from the three-point line and 6-7 from the free-throw line.

An offer from Iona, the reigning MAAC champions, came just 24 hours later.  The Gaels have made a habit of tapping into the New England prep ranks in recent years to steal away previous under-rated prospects including the likes of former Notre Dame Prep guard Sean Armand as well as former St. Thomas More product A.J. English.

While the Gaels appear focused on making Casimir the next in that line, they’re likely to face plenty of competition after 50+ schools watching his offensive onslaughts on both Friday and Sunday alike.

If you missed either of those performances, here are highlights from Next Best Basketball, who profiled both Casimir and Broome after their big weekends: