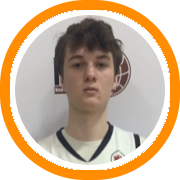 A number of New England prospects made recent commitments to Division Three schools. We will be highlighting them in this article.

Gavin Carter from Milton Academy made the decision to attend Colorado College. He is a true point guard with impressive feel & vision to go with pull-up shooting ability. Carter competed on the UA Next circuit with Middlesex Magic.

Jake Peterson who goes to Hanover HS will play for Babson next year. He is a sharp shooting forward who makes three-pointers at a high volume off the catch or move. Peterson ran with Rise Above Basketball in AAU.

Rollie Castineyra from Phillips Exeter Academy chose to join UMass-Amherst in the Atlantic 10. He is an off-guard with clean shooting mechanics, spot-up/pull-up three-point ability, and a soft fifteen foot jumper when attacking closeouts. Castineyra played this past spring/summer with Middlesex Magic’s HGSL team.

Seth Anderson joins Carter as another prospect on this list attending college outside of New England. The Pomfret School big man picked Haverford College. He is a floor spacing big man with vision and mobility as a weak-side defender. Anderson played AAU basketball with BCRI.

Charlie Fantom will be playing in the Liberty League for Skidmore College. The wing from Wilbraham & Monson Academy has an impressive long-range shot and the ability to find open teammates when attacking closeouts. Fantom was a part of the Rising Stars AAU basketball program.

Luke Nieman will be joining Anderson in the Centennial League. The Cheshire Academy shooting guard chose Ursinus College. He is a sniper from beyond the arc who can hit treys in bunches and needs very little time/space to get attempts off. Nieman played with Team Swish on the club circuit.

Andrew Deppe from Hopedale HS decided to pick RPI in the Liberty League. He is a forward with a high motor on the glass, secondary rim protection ability, and upside as a three-point shooter. Deppe played in the spring/summer months with Mass Premier.

Look in the future for more of these articles to stay up to date with all the New England prospects who choose to further their career at a Division Three school.