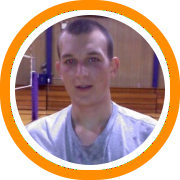 It was only a couple of weeks ago that Kyle Callanan made history, becoming the all-time assist leader in Mount Anthony Union High School history.

Well this week he etched his name into the school record book one more time as he became the school’s all-time leading scorer.

The record breaking bucket came during a 69-24 pounding of Hartford last Thursday night as Callanan sank a three-point shot from the top of the key to top A.J. Mahar’s previous high of 1,144 total points.

"What’s so amazing about Kyle is that those two records don’t usually go hand-in-hand," MAU head coach Dan Sleeman told the Bennington Banner. "He’s a great scorer, but he’s also really unselfish; he sees the floor really well and gets his teammates involved as much as he can. I’m very happy for him - this record is a reward for a lot of years of hard work that he has put in."

Callanan finished the game with 16 points and 8 assists in reduced minutes, helping the Patriots improve their record to 14-2.

"Kyle is a phenomenal scorer," teammate Clayton Palmer to the Banner. "He can shoot threes, he can pull up from anywhere he wants and make shots, he can drive to the hoop and get lay-ups - he can pretty much do everything."

When Callanan broke MAU’s assist record it came as little surprise to those who know him outside of the state of Vermont as he has spent the majority of his AAU career setting the table for big time scorers and athletes with the Albany City Rocks.  But it’s actually the point guard’s ability to score the ball himself that often goes unnoticed during the summer because of how diligent he is in distributing the ball.

"The accomplishment makes me feel good, especially because A.J. was such a great player," Callanan said. "But I have to thank my coach, and my teammates - I could never have done any of this without them."