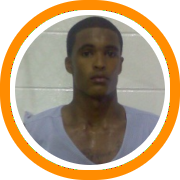 Former Lynn English star Jarell Byrd has realized his division I dream with his commitment to Wofford.

Byrd averaged 15 points and 10 rebounds during his senior season at English and has proven to be a sparkplug for a St. Thomas More team that captured the National Prep Championship earlier this month.

Wofford, who had been recruited Byrd for the better part of the year, took the Southern Conference championship this year and advanced to the NCAA tournament before falling to BYU.

Wofford is a small college of 1600 students located in South Carolina.

"I was going to go where they wanted me the most and where I was going to do my best," Byrd told the The Daily Item, noting that he saw recruitment from a variety of other scholarship level program.

A six-foot-five combo-forward with high level athleticism, Byrd has the ability to play above the rim on both ends of the floor and make momentum changing plays with his explosive finishing ability.