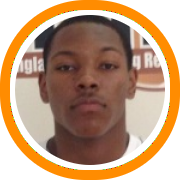 Putnam Science Academy post-graduate and former Glastonbury High School star Jordan Butler made a verbal commitment to Norfolk State University on Saturday, and is expected to sign his National Letter of Intent prior to the conclusion of the early signing period on Sunday.

I have committed to Norfolk State!!! 🏀👏🙏

Butler and Daniels are both products of the Connecticut Select AAU organization, where they’ve run side by side in each of the last two summers.

Now, they’ll both be heading to play division I basketball next year with Daniels competing in the MAAC and Butler heading south to the MEAC.  The Glastonbury alum had other division I offers in both the Northeast and America East Conferences.

Butler is an undersized but powerful big man who impacts the game on both ends of the floor.  He’s a very good shot-blocker and two-way rebounder with developing offensive tools.

He becomes the third PSA product to commit to a division I school so far this fall joining Daniels and point guard Danny Upchurch.