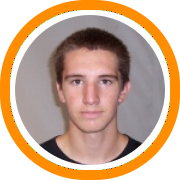 In a classic battle, and a rematch of the last two Vermont State Championship games, Burlington came back from a 24-20 halftime deficit to defeat Rice 66-55.

Clancy Rugg had 17 of his 21 points in the second half but James Hale was the real story as he had a huge night for BHS netting 22, nailing six three-pointers, and stepping up in a big way as Rice was denying and face guardig Joe OShea all night.

O'Shea only tallied nine on the evening, but showed great poise in not forcing the issue, and letting the game come to him. And three of those nine were huge as he came up with a dagger late in the second half.  After Rice's Jon Goldberg cut Burlington's lead to 3 with 3 minutes to play in regulation, O'Shea drained a three-point on the next possession to build the lead back up to six.

Goldberg led the way for Rice as he once again proved himself to be a skilled point guard by running Rice's weave offense to perfection all night, and often times controlling the tempo of the game.  He also scored a team high 16 points.  Nick Meunier powered his way to an impressive 15 point evening on the interior, while David Gagne and Marcus Dutkiewicz stepped up as well as Rice clearly rose to the occasion.

But Burlington responded with poise and execution in the final stanza to get the W, getting great contributions from role player Kevin Cherry who drained two important three-pointers in the second half.

Recruiters were rampant throughout the gym as coaches from Yale, Brown, Princeton, Vermont and St. Michaels were in town. D3's were all over as well with Hartwick, Skidmore, Colby Sawyer,Keene State, Norwich, and Clarkson all in attendance.

Ultimately, it was a great night for hoops in Burlington as fans lined every wall of the gymnasium and were treated to an outstanding game between the state's two premier basketball programs.

And if history holds true to form this won't be the last time this year the two squads meet as they could, once again, be on a collision course for the state finals at UVM's Patrick Gym come March.