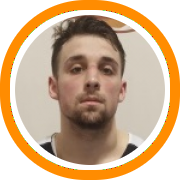 His pledge is an absolutele steal for head coach Kevin Bettencourt and the Gulls, who are coming off a CCC championship and a run to the second round of the Division III NCAA tournament, as they land the top player in the NHIAA who recently completely a storied high school career for Pelham.

A few days earlier in the finals of the New Hampshire Division 3 state tournament, Brown came up with the game winning steal and subsequently iced the game at the free-throw line. He finished with 22 points and 13 rebounds in a 43-39 win over Kearsarge to lead Pelham to their second consecutive state championship.

Brown committed to Endicott despite having earned full scholarship offers earlier in the season and should be expected to make an immediate and significant impact on the Gulls program.