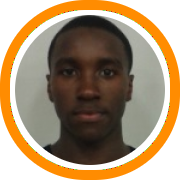 Good things come to those who wait.

For Bryant, head coach Tim O'Shea and his staff had been searching for a point guard to replace Shane McLaughlin, a three year starter and the reinging NEC Player of the Week.

For Ikenna Ndugba, he watched as many of his positional peers committed to division I schools this fall, but remained patient and continued to work hard and lead a young Brooks team.

Now, Ndugba is staying close to home with a chance to compete for significant minutes right away and Bryant has a true point guard and high character young man to come in and be their floor general of the future. The Bulldogs have made a commitment to recruiting the New England region in recent years and Ndugba joins two other local products, Marcel Pettway and Nizre Zouzoua, who are both in the midst of big freshmen seasons.

Ndugba also joins Worcester Academy post-graduate Tanner Johnson, who is one of the top shooters in New England this year, in Bryant's 2016 recruiting class.

While Ndugba's ability to take care of the basketball and run a team are well documented, he also owns a college ready body, a wealth of intangibles and is as impactful on the defensive end as he is the offensive end. He's all very young for a senior, and won't turn 18 until this summer, meaning his best basketball is still in front of him.

Below are some of his highlights from the recent EYBL season: