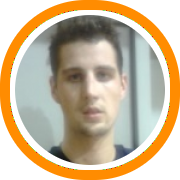 The six-foot-eight big man's game has followed a distinctly linear path since arriving in Maine for his post-graduate season, improving at each and every step along the way and playing his best basketball in recent weeks.

Beyond his obvious size and length, Lydon is also very skilled with the ability to stretch the defense out to the three-point line.  Combine that with his ability to rebound inside and score over top of smaller defenders and his upside is a good one, especially at the division II level.

First year Post head coach Erik Smiles currently has the Pioneers sitting on an overall record of 14-8, including a mark of 9-5 inside the East Coast Conference.