Brewster’s Lieb off the Board 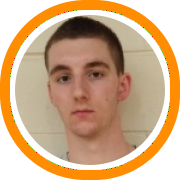 Brewster Academy big man Jack Lieb brought an end to what was turning into a very busy recruitment on Wednesday with a verbal commitment to Lehigh.

Lieb came to Brewster from Deerfield High School in Illinois where he missed all but five games in his senior season after suffering a torn ACL the summer before.

This summer he ran with the Illinois Wolves in the UAA and established himself as a low to mid-major priority, while also attracting some interest from higher level programs.

He took an official visit to Lehigh two weeks ago but was initially expected to play out his post-graduate season before making any decisions, which inevitably would have brought even more suitors given Lieb's combination of size and skill, and the lack of comparable face-up bigs on the market.

At 6-foot-10 Lieb has range out to the three-point line on his jumper, can put the ball down on the floor and is also a good passer. He's reportedly added 30 pounds of muscle to his frame in the last 12 months and will only continue to build up his body for the rest of this season.

He joins Pat Andree, a highly skilled forward from Christian Brothers Academy in New Jersey, to become the second frontcourt prospect to commit to Lehigh in the class of 2016.