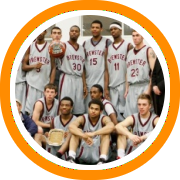 The National Prep Poll made its season debut earlier this week with the defending national champions Brewster Academy remaining in the top spot after a strong start to the season.

1.  Brewster Academy (Wolfeboro, NH), Record: 7-0
The defending national champions have opened the season on a tear.  After getting their legs in a couple of close wins to start the season, Jason Smith’s club has scored big victories over powerhouse programs like Notre Dame Prep (83-66), Fishburne Military (80-55), and Princeton Day Academy (89-67).  They have depth and talent at every position on the floor with Markus Kennedy (Villanova), Durand Johnson (Pittsburgh), Jakarr Sampson (St. John’s), Naadir Tharpe (Kansas), Elijah Carter, and Mitch McGary.

2.  Hargrave Military Academy (Chatham, VA), Record: 7-0
Kevin Keatts’ squad didn’t lose a game until the semi-finals of last year’s National Prep Championship and they are off to a similar start this year opening with seven straight wins.  Their offense appears to be the country’s best early on as they’ve averaged over 100 points per game behind their dynamic duo of North Carolina bound sharp-shooter P.J. Hairston and Xavier bound forward Dez Wells.

3.  Notre Dame Prep (Fitchburg, MA), Record: 9-1
Notre Dame suffered an early setback at the hands of Brewster but recovered with impressive wins of Fishburne and Westwind last week.  Khem Birch is a game changer around the rim while Myles Davis and Todd Mayo can both put points on the board in bunches.  The Crusader’s don’t waste any time in getting back to work as they have four games on tap for this week culminating with a trip to MCI for a four team tournament.

4.  South Kent School (South Kent, CT), Record: 3-1
The Cardinals opened the year with two wins before heading to the National Prep Showcase where they fell to Hargrave in a shootout and then rebounded by putting on a defensive clinic against La Lumiere.  With Maurice Harkless and Ricardo Ledo leading the way their offensive firepower is undeniable.  If they prove they can defend consistently, head coach Kelvin Jefferson will have one of the teams to beat down the stretch.

5.  Princeton Day Academy (Bowie, MD), Record: 9-2
Chris Chaney has made his return to the sideline and he is proving his prowess.  Chaney has over 500 wins on his resume with stops at Laurinburg and Patterson but this Princeton team is different as he has thus far managed to mold less individual talent than he is accustomed to into a cohesive unit that picked up the championship at the Kiski tournament and then knocked off Winchendon and scored a bit of an upset over St. Thomas More.

6.  Alif Muhammad Nia School (Newark, NJ), Record: 7-0
The Eagles are unbeaten after seven games and are benefitting from the presence of Rudy King on the sidelines while Shaquille Thomas and Kelvin Amayo have led them between the lines.  The only possible knock so far is that they haven’t beaten any other ranked team but they have an opportunity to prove themselves this week with road games at Bridgton, LEE, and MCI along with a match-up against Kiski at this weekend’s Hoop Mountain Prep Classic.

7.  Westwind Prep International (Phoenix, AZ), Record: 7-6
Their record is misleading since all but one of their losses has come at the hands of traditionally strong junior college programs from the Midwest but they made a nice statement at the National Prep Showcase playing without Oklahoma bound big man Richard Peters as they defeated a dangerous Bridgton Academy team 84-78 and came up just short against third ranked Notre Dame Prep 87-81.

8.  St. Thomas More (Oakdale, CT), Record: 2-1
Jere Quinn’s crew is 2-1 out of the gate after picking up wins over Army Prep and Lee Academy before falling to Princeton Day Academy.  They have an opportunity to go on a little bit of a roll this month as they play nine straight home games and won’t go back on the road until after the first of the year.  With one of the country’s most respected coaches at the helm and top ranked junior Andre Drummond in the middle, they will be in the thick of things this year.

9.  Kiski School (Saltsburg, PA), Record: 10-1
Kiski opened their season in October with the Ontario Prep Classic title, followed that up with a run to the finals of their own event before falling to Princeton Day and then took out Winchendon and La Lumiere at the National Prep Showcase.  Daryn Freedman’s squad has been led by junior forward Stefan Jankovic while the Bhullar brothers, Sim and Tanveer, provide tremendous size inside the paint.

10.  Fishburne Military (Waynesboro, VA), Record: 8-2
The Caissons established themselves as one of the premier programs in the south last year and rattled off eight straight victories to start this season including road wins over two ranked junior college programs in Rockingham Community College and Guilford Tech.  Their trip north was a learning experience though as they fell to Notre Dame 75-66 and Brewster 80-55.  Given a chance to regroup and get healthy over the holidays, they project as a team to be reckoned with down the stretch.

10.  Bridgton Academy (North Bridgton, ME), Record: 3-1
The Wolverines opened their season with two home wins before splitting at the National Prep Showcase with a close loss to Westwind and a come from behind win over Fork Union Military Academy.  Donnie Hale and Kareem Canty give head coach Whit Lesure a tough inside-out combo while there is also good depth along the frontline to work with.

The National Prep Poll was released on November 30th.  All records and content was accurate as of that date.