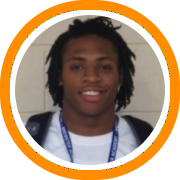 One of the best remaining prospects in New England’s class of 2013 is now off the board as Brewster Academy guard Ron Patterson made a verbal commitment to Syracuse on Saturday while on their campus for an official visit.

Patterson, who was previously committed to Indiana in the class of 2012, had also seen recruitment from the likes of Xavier, SMU, Providence, Villanova, Kansas State, and Florida State among others since arriving in Wolfeboro.

A six-foot-three guard with a chiseled frame and high level athleticism, Patterson fits Syracuse’s backcourt prototype as a physically gifted athlete with good size.  More than just an athlete though, Patterson is also capable of making tough shots, and making them in bunches, from the perimeter.