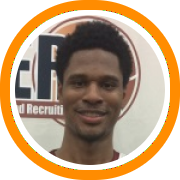 The college recruitment of Brewster Academy's 2016 class was put to bed on Friday with the second commitment in as many days.

Thursday it was Ryan Beddeo who made pledged to Fresno State. The California native came east to Wolfeboro and initially made a commitiment to Army before re-opening his recruitment during the course of the season. A pure point guard who runs the team, distributes the ball and acts as a coach on the floor, he saw consistent minutes for the Bobcats this season and should be able to play a similar role for the Bulldogs next season.

On Friday, it was Taurean Thompson's turn as the New York native committed to Syracuse. The Orange had long been considered the favorite in Thompson's recruitment, but they survived a long process and advances from numerous other high-major schools. A four star prospect, the 6-foot-10 power forward was the final prospect in the ESPN 100 to remain uncommitted. He possesses a very unique blend of size, elite physical tools and even some budding skill on the perimeter. If he can put it together on a consistent basis, he has a chance to evolve into the next high impact Syracuse player to come out of the NEPSAC.