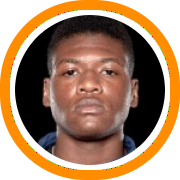 When it was all said and done, Brewster Academy left no doubt as to who the best team in prep school basketball was this season, winning both the NEPSAC AAA title and National Prep Championship for the second consecutive season.

Almost four months to the day after scoring their first win of the season over Redemption Christian Academy, Brewster ran away with the final game at the National Prep Championship, defeating a disciplined and talented IMG Academy team 87-53 in the final.

The day began with an 87-73 win over St. Thomas More, just three days after meeting the Chancellors in the finals of the NEPSAC tournament. Marcus Derrickson put on a show in the second half, scoring both inside and out to the tune of 26 points while Jalen Adams added 20 points, 7 rebounds and 5 assists and Donovan Mitchell attacked for 20 points and 7 rebounds.

IMG’s path to the final was no less difficult as they knocked off Northfield Mount Hermon 62-56 behind 18 points from Romello White and 11 from unsigned senior Nicola Akele, all while playing without their top player JaQuan Lyle, whose season ended with shoulder surgery a week earlier.

By the time the ball was tossed up for the final, there wasn’t much IMG could do as everything seemed to click for Brewster. David Crisp got the team going from behind the arc and then Derrickson picked up right where he left off in the semis. Derrickson and Crisp finished with 19 and 18 respectively while Joe Sherburne came off the bench for four threes and 16 points.

When it was all said and done Brewster connected on 15 three-pointers and turned in an equally dominant defensive performance led by Mitchell and Justin Simon.

Derrickson was named the tournament MVP as he was nothing short of dominant throughout the final day of action.

The championship was Brewster’s second consecutive National Prep Championship and fourth in the last six years. No other program in the country has won more than one title since the national championships debuted in 2007.

Here is a look at other video highlights over the last few days of the prep school season care of Cox Hub: