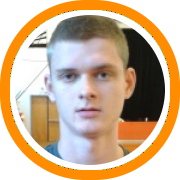 Holderness power forward Willem Brandwijk made a verbal commitment to Siena on Tuesday, after having previously trimmed his list to just three schools.

“I’m proud of the fact that he took his time to visit, with his family, each school and then come to a decision,” Vasquez said.

Brandwijk’s recruitment took off last summer as he pulled in as many as 16 different division I scholarship offers.

Despite that level of interest, the Netherlands native played out his senior season and waited to take his first official visits until his parents were able to join him.

He visited Siena’s campus a little over a month ago just after the conclusion of his senior season at Holderness.

The six-foot-eight power forward has a high upside with a strong and athletic build to go along with a budding inside-out skill set.

Here are some of Brandwiijk’s summer highlights with Metro Boston: