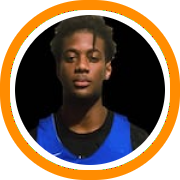 The Boys2Men Basketball program may only be three years in the making, but under the leadership of Abdur Kareem, this program’s coaches have deep roots helping kids from the Long Island area get to the next level with past successes at Team Underrated and Open Season AAU.

Last week, the Be Seen Tour got a chance to see both of the program’s varsity teams.

Here’s a rundown of the players who impressed:

Colby Jordan, 6’1, SG, Half Hollow Hills West – Jordan has interest from multiple D2 programs after putting up 18 points and 5 assists per game last year as a junior. He’s well-built and quick with good burst to the rim and ability to make plays while in attack mode.

Mitchell Cummings, 6’5, PF, Mount Sinai – A powerful forward with good size and a strong body, Cummings is another prospect with a steady diet of college suitors at this point. He’s a rim runner who puts immediate pressure on opposing defenses and can both finish and rebound in traffic.

Darian Parks, 6’11, C, Chaminade – With tremendous size and an impressive frame, Parks is an intriguing long-term prospect. He’s still a bit raw as he works on his hands and fluidity, but impressed by dunking hard, changing ends, and being a willing passer. He’s reportedly also an exceptional student.

Josh Minton, 6’0, SG, Baldwin – The southpaw guard has been working out every day and pushing himself so that he’ll have an opportunity to play at the next level. He competes, defends, can make open shots, and has increased his effectiveness in the mid-range area this year.

Adrian Brooks, 5’10, PG, Huntington – Brooks is a true point guard and good passer who embraces his responsibility to run the team. He’s reliable with the ball, has a solid rhythm stroke, and a wiry frame that should continue to fill-out in the coming years.

Javier Contreras, 6’2, PG/SG, Holy Trinity – The southpaw was one of the most impressive passers in the field. He handled low to the surface of the ground, found people in pick-and-roll, and was a quick decision-maker to show his natural poise and feel for the game.

Chris Connors, 6’4, F, Island Trees – The lefty senior has good size in the middle of the line-up and very soft hands. He is capable of making an open three and is working to get more consistent with his jumper, but has potential mismatch value down the road as his body develops too.

Aaron Cuascut, 6’0, PG, Mineola – Another senior veteran who is pretty good with the ball, Cuascut is a solid ball-handler who impressed by making tough lay-ins around the rim with both hands. He needs to keep building up his body to hold his ground and win spots, but there is a solid foundation of skill to build off of.

Aaron Talbert, 6’0, G, Knox ’22 – Talbert is the best prospect in the program right now and already holds an early offer from Stony Brook. He’s reportedly in the gym every morning getting shots up, and the hard-work is now paying off. He was a scoring threat from multiple levels but probably most impressive with his decision-making, ability to dictate tempo, and willingness to play within the flow of the game.

Tyler Anderson, 6’0, G, Smithtown West – A young, 15-year-old junior, Anderson is reportedly improving at a rapid rate and yet still has his best days far ahead. He’s long with good playmaking potential and the ability to impact the game on both ends of the floor. He’s also a high academic prospect.

Deandre Blagrove, 6’4, F, Malverne – The program’s biggest mismatch, Blagrove has a powerful frame and aggressive bully style inside, but also a soft budding touch facing the basket. He protects the rim defensively with his sheer physical presence and can also clean the class.

Marqiis Samuels, 6’0, G, East Meadow – Samuels is just mid-way through his high school career and has already put up numbers, averaging over 20 points per game last year as a sophomore. He scores the ball in different ways and also plays the game with high-energy.

Declan McIntyre, 6’0, SG, Archbishop Stepinac – A product of one of the state’s top programs, McIntyre is a hard-playing and versatile two-way player with a well-rounded game. He was capable of both putting the ball on the floor and making open spot-up shots and also competitive defensively.

Brian Blanchet, 5’10, G, North Babylon – While he’s technically a junior right now at North Babylon, Blanchest is still just 14 years old and will ultimately end up in the class of 2023. He’s cerebral and coachable, a hard-worker who shoots it with soft natural touch, could dance into the lane off the bounce, and showed an early floater game.

Anthony Daley, 6’0, G, Deer Park ’23 – The young guard has already put up big numbers at the high school level and established himself as one of the better up-and-coming shooters on Long Island. The ball comes off his hand naturally as he begins to fill-out his frame his game should go to new levels.

Muneer Ibrahim, 5’9, G, East Meadow – Ibrahim did double duty on Tuesday night, running with his Boys2Men teammates immediately after a strong performance at the Diamonds in the Ruff Top 40 Event. The encore performance only solidified that first impression though as he continued to show an advanced early skill-set.