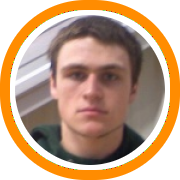 The Granite State Jayhawks were the talk of the weekend heading into the finals, but unfortunately for the pride of New Hampshire, Cinderella’s run came to an end in both the u16 and u17 divisions.

The Jayhawks 16’s advanced to the final by knocking off MB Nation in the opening round and then scoring an upset over the Albany City Rocks in the semi-finals behind 26 points from Sean McClung and 20 from Connor Green.

The Jayhawks 17’s scored an even bigger upset on Saturday as they defeated the New York Gauchos.  Ben Bartoldus led the way with 22 points and a series of athletic plays including one incredible blocked shot pinning the lay-up of a 6’9” big man against the glass.  Jake Nelson and Eric Dean both chipped in the 18 a piece.  The Jayhawks again defied the odds to start their day on Sunday as they scored a come from behind win over Connecticut Select to advance to the finals.

The 16 and under final featured the Jayhawks against the host club, the BABC, in a rematch of the closely contested final from the New England Super Regional earlier in the season…but this encore performance wouldn’t be nearly as close.  BABC dominated from the opening tip as their full court pressure and incredibly talented frontcourt proved to0 much for Granite State to counter.  Egi Gjikondi was terrific in the paint all night long as he scored 29 points and grabbed 9 rebounds.  Gjikondi showed off a bulked up frame, consistent shooting range from 15-18 feet, and great touch inside the lane with a release that was as quick as it was soft.  Domonique Bull was a great compliment offensively adding 19 points and 4 assists.  Even more impressive than his numbers was the way in which he did his scoring, not only overpowering his defender off the dribble in his customary way but also utilizing a crafty spin move in the lane, finishing with both hands, and showing a smoother release from behind the three-point line.  Nerlens Noel continued to show his uncanny ability to dominate the game defensively as he finished with 7 points, 9 blocks, and 12 rebounds.

The 17 and under final was no less one sided.  CBC had their offense clicking on all cylinders as they pushed the tempo and spread the ball around while the Jayhawks had trouble finding the bottom of the net for the first time on the weekend.  Chris Evans was the star of the day for CBC.  He thrived on both ends of the ball, first locking down MBR star Keegan Hyland in the semi-finals and then leading CBC in scoring in both the semi’s and the finals.  Evans made enough jumpers to keep his defender honest but did his best work getting to, and finishing at, the rim, showing both the upper body strength to convert through contact and the athleticism to play high above the rim.  But balance was the key to the finals victory as CBC had seven different players score at least eight points with Evans 17, Dominique Langston 12, Will Tye 11, Majok Majok 10, Isaiah Salafia 9, and Ryan Dulaire and Luke Matarazzo with 8 each.

Other Individuals Who Impressed:

Jake Nelson, Granite State Jayhawks – He sets the tone for this team with his toughness, work ethic, and very high basketball I.Q….everything a coach could want out of his floor general.  He also shoots the ball well from three, is rarely rattled by pressure, and is a great full court passer.

Josh Turner, Connecticut Select – Turner led Select to the semi’s with an impressive individual performance.  He made a couple of big time moves using his length to get into the lane and make plays, finishing craftily around the rim or stopping on a dime to pull-up in the mid-range area.

Keegan Hyland, MBR – He scored 19 first half points to help MBR build up a big lead over BABC in opening round action on Saturday.  Ultimately, that deficit proved too much for the hosts to overcome as MBR scored the upset to advance to the semi’s.

Phil Gaetano, CBC – Played a stellar floor game in the semi-final win over MBR as he created for others with his passing ability, made the defense pay for going underneath ball screens, and even converted an ultra clever offensive rebound tip in.

James Kennedy, BABC – He showed what a good passer he can be from the interior as he made two great high-low finds from the high post and another great look from the low block to Gjikondi diving to the rim.  He also scored the ball well from the interior, both with his back to the basket and also in catch-and-finish situations.

Alex Furness, MB Nation – The young two-guard went for 18 points in Sunday’s win over the Warriors.  Furness shot the ball well from three with his southpaw stroke and also attacking the rim hard with his dribble.  He’s come a long way in the last year and is now starting to show his potential.

Nicholas Lund, Boston Warriors – He’s a big man with a bright future as he’s got a big and strong frame, a good understanding for how to establish position and seal his man, and an ability to finish at a high rate around the rim.