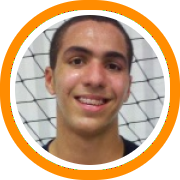 The Boston based Bomb Squad grassroots program finished the July evaluation period in style, advancing all the to the semifinals of the Summer Live tournament held in Pennsylvania before running into the host club, Team Final.

This weekend they'll return to the acourt to take part in the Powerade Hardtop Challenge held at the Reggie Lewis Center, hoping to bring similar success back home to their backyard.

Against Team Final, the Bomb Squad only fell by a 56-49 margin to the EYBL powerhouse despite a being called for 26 fouls in the game, compared to only 6 for the host club.

Senior led the way with 18 points, connecting on multiple three-point shots, while Dale had 10, and Murray and Howe Jr. 9 each.