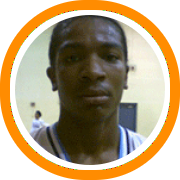 The New England Playaz and Connecticut Basketball Club were at different events this weekend, but both clubs were equally impressive.  The Playaz put together a dominant run to win the Hoop Group’s Fall Jam Fest Tournament while CBC went 2-0 on Sunday at the prestigious Nike IS8 league in New York to sit atop the league with a perfect 4-0 record.

St. Mark’s 6’10” junior power forward Erik Murphy was awarded the Jam Fest Tournament’s Most Valuable Player award as he proved he is well on his way to getting past the injury that kept him out for the majority of this summer’s AAU season.

Another St. Mark’s forward was equally impressive as Nate Lubick continued to prove he is among the nation’s elite in the class of 2010.  The 6’8” sophomore continued to show his versatile game as he knocked down open three-pointers and also showcased his ability to play above the rim.

While Murphy and Lubick both shined especially bright, Playaz director TJ Gassnola was quick to give the entire team credit, “Everyone played really well,” he said.  “We moved the ball well all weekend and everyone did their part.”

Standing out in the backcourt was the duo of Janzy Cruz and Derrick Thomas.  Cruz, a 5’8” senior point guard, has been on a hot streak of late as he is getting rave reviews from college coaches who have been to open gyms so far this year at the Winchendon School.  Similarly, Thomas appears poised for a breakout season this year at Northfield Mount Hermon as he assumes a veteran role on the team.

The Playaz were so dominant throughout the weekend tournament that they were able to plow through the field and win every game by double figures.  In fact, one of their victories even came by 60 points on Saturday.

Less than an hour away from the Playaz dominating performance at Rutgers University, the Nike IS8 League was taking place in South Jamaica Queens, New York.  On Sunday it was a team from New England who was continuing their inspired play against some of the city’s best as Connecticut Basketball Club won two more games to extend their league leading record to 4-0.

Meanwhile two younger players also stepped up as Jakkari McCallup and Anthony Jernigan, both from East Hartford High School, showed that they can more then hold their own against older and more experienced competition.  The duo is likely to be a dynamic one-two punch for East Hartford for the next three years.

Overall, it was a terrific weekend for New England as the Playaz and CBC both shined in their respective trips to the metropolitan area.