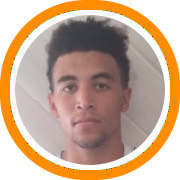 In the first of a five-part series, the New England Recruiting Report starts to break down some of the best prospects left on the board in the class of 2016.

Both the most important position in college basketball as well as the spot that happens to have the least amount of prospects left on the board nationwide.

Fortunately for college coaches, the New England region still has quite a few qualified candidates. Here’s a look at ten talented point guards who remain on the board.

Isaiah Nichols, Avon Old Farms (CT) – The California native is currently a post-graduate at AOF and has gotten consistent looks from a variety of different levels. At 6-foot-5, he has great size for the position and is getting acclimated well after playing off the ball for most of his career to this point. He has the tools to make plays off the bounce as well as defend and is an improved shooter.

Nassir Barrino, Worcester Academy (MA) – A post-graduate from Hudson Catholic, annually one of the top high school programs in New Jersey, Barrino followed in the footsteps of former teammate J.R. Lynch, whose extra year in the NEPSAC earned him a starting job from day one in the America East. Barrino is quick, tough as they come, great defensively and has definite leadership tools.

Donovan Love, New Hampton School (NH) – You won’t find many point guards as battle tested as Love after multiple years in the NEPSAC and another season in the EYBL with Expressions. That experience makes him more college ready than most and when you add that to his ability to create pace and manufacture shots for himself and others, there’s lots to like about the Rhode Island native.

Ryan Beddeo, Brewster Academy (NH) – Another California native who came to New England for a post-graduate year, Beddeo was previously committed to Army before recently opening his recruitment back up. Now, he offers a pure floor general who knows how to run a team and distribute the basketball while also possessing the type of toughness it takes to get recruited by a place like West Point.

Julian Batts, St. Thomas More (CT) – The southpaw was a two sport star in the Pittsburgh area, where he doubled as the quarterback on the grid-iron, before arriving in Connecticut and he’s brought that same composure in the pocket to his duties with the Chancellors. He’s ultra-poised running the show, able to make shots and good decisions within the offense, and very reliable with the ball in his hands.

Caleb Smith, Notre Dame Prep (MA) – If it’s scoring you’re looking for at the point guard position, look no further than Notre Dame Prep’s southpaw from Texas. The Crusaders have become more than the sum of their individual parts this season and Smith’s productivity is a big reason why as he’s proven he can put points on the board in bunches, and from all three levels of the floor.

DeAnte Bruton, Canterbury (MA) – A local Connecticut native who previously starred at Ledyard High School before opting for an extra year at the Canterbury School in order to get stronger and prove himself against higher competition, Bruton has dropped big numbers on quality opponents all season long including a 40 point night against Wilbraham & Monson.

Nick Brooks, Vermont Academy (VT) – The second year speedster from Vermont Academy by way of New Jersey went down with what looked like a bad injury at the Spalding HoopHall Classic. Nevertheless, he’s already shown people what he can do as there are few who can match his speed, quickness and playmaking ability with the ball in his hands.

Shyheim Ulrickson, Mt. Ararat (ME) – One of the top players in the state of Maine, Ulrickson has put up some huge numbers in his senior season. His production hasn’t been limited to just the high school ranks though, as he’s also proven himself against some of New England’s best with MB Nation. He’s a self-made player and competitor with a great worth-ethic and proven track-record.

Charles Fisher, Sacred Heart (CT) – He sometimes flies under the radar on a Sacred Heart team that is expected to run away with their third consecutive state championship, but Fisher is a high academic student who is a talented playmaker off the bounce, a standout defender and has proven a willingness to put team success above individual accolades.