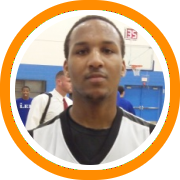 With the college basketball season winding down this is the time when programs are about to hit the recruiting trail with renewed emphasis.  As conference tournaments come and go, coaches from all over America will quickly refocus their attention on their recruiting needs and luckily New England still has a surplus of talented prospects for all levels.

Today we begin a three part look at the best players our region still has to offer – that is the best uncommitted players.  We begin in the backcourt where the point guards may be in more demand right now than any other position on the floor.

Todd Mayo, Notre Dame Prep – O.J.’s younger brother has seen his recruitment steadily rise since the beginning of the prep school season.  The culmination has coaches from Marquette, Baylor, Kansas, Providence, and West Virginia all vying for his services.  A six-foot-three scorer who makes deep jumpers and also finds his way to the basket, Mayo is much more comfortable off the ball but capable of running the show in a pinch.

Elijah Carter, Brewster Academy – His pedigree couldn’t be much better after having played for two of the most successful  high school and prep teams in the country in St. Anthony and now Brewster Academy respectively.  While Carter has played primarily off the ball this year, he has been as steady of a presence as the Bobcats have had in their line-up and drawn complimentary comparisons to former combo turned Pac 10 point Reggie Moore.

Indiana Faithfull, St. Thomas More – Those that have been watching over the years have seen him make his teammates better in a number of different ways.  On the AAU circuit, he showed tremendous floor vision and creativity in his ability to pass the ball off the dribble and in the open floor.  His post-grad year has shown his understanding of basic, but often unrealized, tenants of his position like reversing the ball, not turning it over, and running his team’s offense.

Andrej Pajovic, Wilbraham & Monson – Another guy who makes his teammates better because of his ability to set the table.  The biggest change in Pajovic’s game took place this summer as he returned to Wilbraham with newfound accuracy from behind the three-point line.  Now one of the best range shooters out there, Pajovic forces defenses to pick their poison as he can pull shots when disrespected, slip into the lane when crowded, and of course find his teammates.

Marco Banegas, Brimmer & May – Any up-tempo team looking for a vertical point guard need look no further than Brimmer & May.  Banegas had a tremendous summer on the AAU circuit, showing his ability to make plays for himself and others in the open floor.  With a more dependable catch and shoot game emerging this year at Brimmer & May the improvements to his game have showed no signs of decline.

Anthony Jernigan, South Kent – A pure wizard with the ball in his hands, Jernigan comes from phenomenal stock when it comes to his families’ roots in the game.  Late in the shot clock virtually every team looks for their guards to be able to make a play and that’s when Jernigan is at his best as he gets into the lane with ease equally well in half-court sets as he does transition with a handle that is absolutely off the charts.

Roy Mabrey, St. Thomas More – Few players have benefitted from their post-graduate season more this year as Mabrey has seen his stock rise consistently and considerably.  Coming into his season he was considered a division II prospect whose biggest asset was his toughness.  His hard-nose approach to the game still is undeniable but he has also proven himself to be a long distance shot-maker, more than capable of running the show, and at his best in big games.

Joe Bramanti, Andover – Speaking of tough and hard-nosed, few fill those description better than Bramanti.  He is playing his best basketball late in his senior year and has Andover on the verge of a run down the stretch.  He proved himself as a lockdown defender against the highest levels of competition on the AAU circuit and has developed his three-ball and mid-range pull-up into dependable weapons over the years.

Xavier Pollard, Winchendon – After a terrific career at Suffield Academy, Pollard moved on to Winchendon where he has been the leading scorer for an overachieving team under first year head coach Matt Quinn.  With a frame that is now cut and toned, an undeniable first step, and an improving jump shot, Pollard can flat out put the ball in the basket.  He’s the type of guy that sometimes goes under-recruited in high school and then ends up a double figure scorer for 2 or 3 years in college.

Tyler Strange, Notre Dame Prep – From Leominster to Cushing Academy and now Notre Dame Prep, Strange has produced at all stops.  Some may be surprised to know that he is typically in Notre Dame’s starting line-up as few have more faith in him than Prep head coach Ryan Hurd.  An attacking lead guard ideally suited for a dribble drive system, Strange has a wealth of experience, a world of toughness, and is one of the best breakdown guards in the region.

Kyle Callanan, Cushing Academy – He’s quietly had as good of a season as any local post-graduate guard as there may not be another who is more important to his team than Callanan is to Cushing.  While his ability to run the show and make those around him better could never be questioned, the Vermont native arrived in Ashburnham in the best shape of his life this fall and has used this season to prove his efficiency, scoring as well as distributing and shooting the heck out of the ball from long range.

Zach Hurynowicz, Burlington – Has anyone put up better numbers in the MIAA this year?  Hurynowicz production in his senior year has been absolutely off the charts but the ironic part is that his biggest value at the next level is his ability to run the team.  He is everything a coach looks for in a point guard: a pinpoint passer with a terrific feel for the game; a lock-down defender who can keep opposing guards outside of the paint; and a playmaker capable of making something happen late in the shot clock.

Ryan Daye, Kimball Union - An explosively athletic guard who has can make plays with his dribble, rises above the rim like only a select few others can, and has stepped up as one of the leaders of this Kimball Union team all season long.