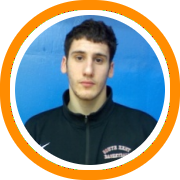 Point guards and big men are the positions in highest demand right now as the national class of 2011 is practically barren in both categories.  As high-majors begin to settle for plan B and C it creates a trickledown effect for mid and low majors throughout college basketball.  With schools at every level still searching for qualified big man, New England is a must see region with more than a couple talented prospects still on the board.

Nemanja Djurisic, South Kent – Now in his second year at South Kent, Djurisic finds himself the target of wide ranging recruitment.  Both skilled and rugged, it is Djurisic’ overall versatility and ability to find a niche in structure at the next level that makes him so highly coveted.  Plus, he’s about production more than potential in that while others will tease you with their upside, Djurisic has the game to step in right away.

Braeden Anderson, Wilbraham & Monson – The one time DePaul commit has seen a lot of love since opening back up his recruitment with programs from the ACC, Pac 10, Big 12, SEC and others all expressing interest.  The Vancouver native is a physical freak with a phenomenal frame to match his explosive athleticism and that’s more than most of the big men left on the national market have left to offer.

Keith Coleman, Lee Academy – Speaking of physical specimens, there may be none more impressive than Lee Academy’s six-foot-nine big man as he runs, jumps, and moves laterally with ease all the while showing off a chiseled and powerful frame.  While his skill set and feel for the game have yet to catch up, Coleman has the upside to intrigue coaches from the highest levels and that’s left him with a plethora of suitors in this market.

Will Davis, New Hampton – The former Penn commit is an exceptional athlete who bounces off the hardwood as if it were a trampoline.  As mobile as he is bouncy, Davis does is best work around the rim, patrolling the paint to block shots from a wide radius on the defensive end and a highlight reel waiting to happen offensively.

Waylan Siverand, Kimball Union – Still flying fairly low under the radar, Siverand is cut from the same cloth as Davis in that he is a high level athlete with great mobility and quick bounce.  A great run and jump athlete who specializes in blocking shots and finishing above the rim, Siverand’s recruitment does not yet equate his physical tools.

Ryan Martin & Daniel Franca, Bridgton Academy – Bridgton’s frontline provides two of the best remaining interior prospects in the region.  Martin is a throwback power forward who does a little bit of everything inside rebounding, finishing, and defending and can also knock down the elbow jumper.  Franca is the pure five-man who has some upside with his big frame, quick feet, and signs of a low post game.

Chen Cai & Youssou Ndoye, Lee Academy – Not so different from their counterparts in the south of the state, Cai is a burly big man built like a linebacker who can also face-up to go off the dribble from the high post or short corner while Ndoye makes his biggest impact on the defensive end where his shot blocking and rebounding are his best contributions at the moment.

Tyler McFarland, Camden Hills – A man among boys in Maine’s public school league, McFarland has the size and strength to compliment a terrific motor inside the paint.  The last year or two has also seen him add a perimeter component to his game where he can now stretch defenses to the three-point line as a true mismatch four-man.

Dennis Levene, Choate – He’s added twenty-five pounds of muscle and scholarship offers from division I and II schools in the last twelve months.  A face-up four who shoots a consistent ball from three, has deceptive athleticism, and a developing nasty streak in the paint, Levene is also a great passer and screener who thrives in structure.

Aboubacar Casse, St. Andrew’s – The St. Andrew’s senior has come on strong down the stretch of the season here and proven himself to be a potentially valuable stretch-four at the next level.  Six-foot-six with an expanding frame, Casse has seen both his role and impact grow over the course of the season and coaches have taken note as his recruitment has picked up accordingly.