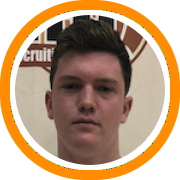 Yesterday, we broke down the top prospects on Rise Above Basketball’s u17 team, today comes the release of the video trailer produced by Hoop Major.

In it, you will find the video representation of exactly what we broke down yesterday, the top team for one of New England’s fastest growing programs.

You will see why Sam Stevens and Matt Boen are clear scholarship level prospects, why prospects like Nick Johnson and maybe even Steven White and Tyler Stewart are knocking on that door.

You will learn more about previously under-the-radar prospects Declarn Markey, Josh Lopes, and Connor White.
You will also see the recent improvements of forwards like Andrew Rocci and Ben Kelsey.

Finally, you will see the rapid progression of rising sophomore Gavin Carter and why he looks like the best long-term prospect on the team.