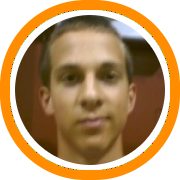 Pat Bergmann has committed to Head Coach Joe DeSantis and the Quinnipiac Bobcats. The 6’9 center from Rice High School becomes just the second player from the state of Vermont to commit to a division one program this fall joining his Lone Wolf AAU teammate Tyrone Conley who committed to New Hampshire.

Bergmann is a skilled and athletic interior player who turned a lot of heads after his impressive performance at the New England Elite 75 Showcase. Bergmann is a prolific scorer on the low post who has a wide variety of moves in his offensive arsenal. But perhaps most importantly for the Bobcats is the way he is able to run the floor and finish high above the rim which will make him a perfect fit in Quinnipiac’s transition system. Once he is able to add some muscle to his wide frame he should be able to have a very nice career in the NEC.

Bergmann will join another New England big man in Cheshire Academy’s Ed Zayjac in the Quinnipiac recruiting class. Zayjac is similar to Bergmann in terms of his ability to run the floor in transition. But the duo will also be able to play very well together when you combine Bergmann’s low post game with Zayjac’s ability to step onto the perimeter to shoot or pass.

Bergmann leads a Rice High School team into the season that is expected to challenge for the Vermont state championship. Rice also features the likes of senior guard Gael Shungu and 6’2 sophomore point guard Jon Goldberg.

Quinnipiac opens their season this Friday against the University of Connecticut and is hoping to challenge in the NEC behind newcomer DeMario Anderson.